Press Release by
Chino
Nov 3rd, 2017 19:30 Discuss (43 Comments)
The interstellar battle between the terran, zerg, and protoss is about to consume even more of the galaxy, as Blizzard Entertainment today announced that the ultimate real-time strategy game will soon be free to play.

Beginning November 14, players around the world will get free access to the full award-winning Wings of Liberty campaign and the elite multiplayer competition of StarCraft II's ranked ladder, including all the latest units and balance updates through the latest release in the series, Legacy of the Void. Players will also enjoy expanded access to StarCraft II's highly popular co-op mode, with all Co-op Commanders playable for free.

"StarCraft II is one of the highest-rated PC games of all time, and we're excited to give even more people around the world a chance to find out why it has inspired such a passionate global community," said Mike Morhaime, CEO and cofounder of Blizzard Entertainment. "With the massive Wings of Liberty single-player campaign, endlessly replayable co-op mode, prestigious ranked ladder, comprehensive map-making tools, and more, StarCraft II now delivers the ultimate real-time strategy experience completely free."

Those who wish to experience later chapters in the StarCraft II story can purchase the additional single-player campaigns, Heart of the Swarm, Legacy of the Void, and Nova Covert Ops, individually ($14.99 USD each) or together in the Campaign Collection ($39.99) through the online Blizzard Shop. For a limited time, players who already own Wings of Liberty (as of October 31, 2017) but have not yet purchased Heart of the Swarm will be able to get the latter campaign free by logging in to the Blizzard Battle.net desktop app and claiming their free Heart of the Swarm gift between November 8 and December 8, 2017.

As a thank-you to the dedicated StarCraft II player community, those who already own any version of StarCraft II prior to October 31, 2017 will receive a special Eidolon Ghost skin and three portraits commemorating their founder's status in the game after StarCraft II goes free starting on November 14.

† Access to ranked ladder granted after earning first 10 wins of the day in Unranked mode or Versus A.I. mode, or upon purchase of any campaign, the Campaign Collection, or the War Chest. Co-op Commanders available for play free of charge through level five. Purchase required to advance a Co-op Commander beyond level five-with the exception of Raynor, Kerrigan, and Artanis, which are free to play up to and beyond level five.

#1
Nobody cares about this. I want the first StarCraft Remastered for free if possible, since that game had a true interesting story and specially soundtrack.
#2 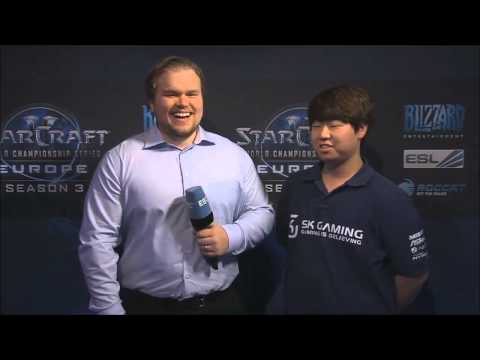 Given how it's one of the most popular games in the world I'm sure someone cares. I really enjoyed the games, even though the last bit got really dumb.
#4
I remember when it first came out, and would fry people's graphics cards.
#5

Red_MachineI remember when it first came out, and would fry people's graphics cards.

It was never that needy in the specs department.
#6

FrickGiven how it's one of the most popular games in the world I'm sure someone cares. I really enjoyed the games, even though the last bit got really dumb.

Your definition of world is pretty loose there.
#7

TotallyYour definition of world is pretty loose there.

No, it's not, considering he qualified it with "one of."

It's an insanely popular game, like it or hate it.
#9

Need to dig my Protoss Tshirt :)
#10
Starcraft II was a fun game, it still is especially now with no new RTS games being released. Singleplayer campaign was top notch if you not into multiplayer.
#11

Yeah, with you on not caring about SC2, but SC1-HD I'm happy to pay for, in a DRM free package. So I'm likely going to buy a copy, but use a hacked distro, like always.
#12
I've got the starcraft remastered, and Starcraft II, bought them online last month.
... and now the thing is going to be free to play :ohwell:
#13

FrickIt was never that needy in the specs department.

Wasn't it because of the unlocked framerate in the menu? GPUs were pushed to max?
#14
Idk, I couldn't even stomach the demo of this game. The cinematics were actually worse than those in the first game (because they were rendered using the game's engine).
I play by myself and cinematics and story are always a big part of a game for. Also, because I play solo, the always on requirement would have killed this title for me anyway (just like it did for Diablo 3).
#15
Bought both, Starcraft 1 and 2. I regret nothing.
#16
I enjoyed the single player campaign of Wings of Liberty. Guess it's time to install battle.net for some zerg action.
#17

ZeppMan217I enjoyed the single player campaign of Wings of Liberty. Guess it's time to install battle.net for some zerg action.

All three campaigns are worth it, even if especially the two other campaigns could have been much better. OTOH Stacraft - even the original - always got sillier the further away it got from the more human aspects of the game. This is true for most storytelling btw - the less personal it is, the further the distance from basic humanity, the harder it is to write nicely for it. It's why really good endings are so hard to come by.
#18
Too bad they aren't fixing the shitty code that powers this game and now that the game is going free the chances of it getting fixed are less than they were before. The game engine is largely a single-threaded beast (and a bad one at that) so for those people who bought into the current generation AMD Ryzen chips they're going to have a shitty experience playing this game (good luck playing at less than 30 FPS). The only way this game plays well is if you have high clock speeds.

And yes, I still like playing this game.
#19
I have played it on the Mac, till Legacy of the Void.
But the Nova-Missions I can't play anymore, because Blizzard is activating Mouse Acceleration now, without the Option to switch it off.
The Games are unplayable this Way.
#20
I bought the deluxe package when this game came out. came with all the extra little items, dog tag thumb drive and bunch of cool stuff.... I played it once online and got owned so hard I just couldn't ever do it. I liked the story and the single player was good
#21
SC2 becoming F2P isnt as nearly as important as the WoW news. Not even close.
#22

Dj-ElectriCSC2 becoming F2P isnt as nearly as important as the WoW news. Not even close.

This Article is about SC2, not WoW.
#23
what is the WoW news? they are shutting it down and closing the doors? that would save lives
#24
Give us Warcraft 4 already please..
#25
I wish WoW went F2P...