by
btarunr
Feb 15th, 2019 08:36 Discuss (20 Comments)
"Apex Legends," developed by Respawn Entertainment, and published by EA, has become the fastest growing online battle-royale shooter, with its popularity snowballing to over 25 million players in just the first week since launch. The game made a splash into the crowded online battle-royale genre that's dominated by "Fortnite" and "Player Unknown's Battlegrounds" aka PUBG, among dozens of knockoffs from independent developers. Apex Legends is being appreciated by players for having a polished, well-tested presentation, slick gameplay, reasonable eye-candy, low "pay-to-win" perception among players, good performance on entry-level and mainstream graphics hardware, and offering many of the inventory-management, gameplay, and teamplaying features felt lacking in other titles. The game is free-to-play, distributed through Origin.

#1
The price of Apex Legends is excellent.
Helps to generate PR like this :)
#2
EA must be really kicking themselves that they didnt have BR at launch for BF:V

On a sidenote there is a lot of folk who say that BR is an outgoing/dying genre so theres no real telling how long the BR craze will continue to run for.

BR would never be a success in BF V, a lot of users is using Wall hack and auto aim so it would die faster than BF V is.....
#4
Eh. I guess good for those that enjoy these types of games.

PUBG soured my tasted for Battle Royale games. The game was alright for a short while, but once hacks/cheaters started it just reminded me of the good old days of Counter Strike when people that sucked made games miserable with aim bots and wall hacks. I don't have time to deal with stupid crap from shitty people in a game that makes me feel miserable when trying to play a game for fun.

A couple of guys I do know that tried this Apex game for a little bit (they actually enjoy these types of games and still run around PUBG from time to time) actually hate it. One of them said as soon as he found a pistol, he was one-shotting people. He said it took zero skill once you picked up a weapon and just a quick point in the direction of someone else and pulling the trigger he'd drop them in one shot. He also mentioned the first person perspective is skewed - you're running and your hands are right in front of your face, obscuring your field of vision, plus one of the starting guys is a cyborg and his giant left arm takes up a large chunk of your screen when you're utilizing skills so you can't see what's coming up from the side before it's too late.

The other guy, I haven't talked to him yet, but I was told he wasn't impressed with the game either and hasn't been playing it anymore.
#5
The game is good, i have fun playing it. The only thing that really hold me back is that some of the content is only buyable or unlackable by playing X time in the game ( the 2 legend that you dont have at start ). I dont have any issue with selling tons of skins and cosmetic but making some "functionality" unlockable right at starts remind me that EA is not far behind this game. EA know that some player wont wait untill they have played enough to unlock these for free so these player will buy in game currency (even if these player would have unlock it on the first week ...). EA is playing the game they alwasi played, putting their hands on our pockets.

Legends are not cosmetic, i see this as "pay to win" in the game. Let's wait the first battle pass and see how much more content they will charge or not for this game.

TL;DR i love the game but EA is being EA.
#6
More like 25m of morons running to the rescue of gaming industry cancer(EA) to allow it to grow and spread.
#7

Apex Legends IS a knock-off.. Just throwing it out there..

FreedomEclipseEA was saved financially by this game.

Which is a real shame.. EA needs to go away!
#8
I always find it curious how the big gaming companies push the importance of the launch MAU count with f2p games. I'm far more curious how many people are playing a f2p game 3 months after release. A f2p game on a big platform like Origin is always going to have millions of people try it out. I don't think you can conclude a lot about the future popularity (or revenue) of the game from that. And even though Apex looks pretty decent, it's in the very crowded BR genre with loads of competition.
#9

Apex is surprisingly engaging. BRs are not my type of game, but this one just clicks with me.

Having to work in a squad is great and the way to go, but if you are mental enough you can try to stealt-one-wolf-it with fair success too.
Mobility is very decent, though nowhere near Tribes. Aiming is less twitchy than CS. There's ZERO pay-to-win.

Overall, Apex strikes a great balance and is very fun. Expect a bit of a learning curve though.
#10
DrDisrespect is the king of that game... :D
#11
Well we know where the kids are.
#12
And some freaks told me I have blinders saying SP pc games are dead.
I think, after this, everybody can can get a clear idea what pc gaming priorities are now.
#13
Does it occur to people that several types of games can be popular at the same time? And that there are specific crowds always looking out for the next title to jump onto? That goes for online shooters more than anything. Its like a trek of the birds, they all flock to the nicest place to be, tear it apart, and move on. That is what you're seeing right now with BR games / shooter crowd. We've also seen it with the MMO crowd that is also still alive and kicking. Game publishers have adapted: they now present frequent big content updates to make the trek of birds come their way.

The only real question is how long Apex will last and when the next killer app pulls the crowd in.
#14
Would be nice if Nvidia would fix its drivers for the RTX cards in this game instead of focusing on the DLSS abomination.
#15

FreedomEclipseEA must be really kicking themselves that they didnt have BR at launch for BF:V

On a sidenote there is a lot of folk who say that BR is an outgoing/dying genre so theres no real telling how long the BR craze will continue to run for.

On another side note - EA was saved financially by this game.

I'd guess that a large number of players are getting bored of BR going off how many players picked up AL so quickly.
#16

Prince ValiantI'd guess that a large number of players are getting bored of BR going off how many players picked up AL so quickly.

They picked it up because it was FREE And it just turned out to be a great game because EA had no hand in dictating how the game should be.

well it didnt take long for EA to start filling it full of cancer. 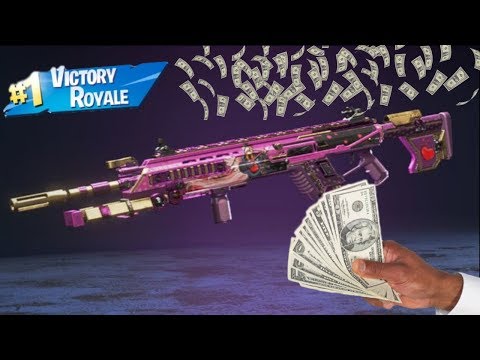 Yeah its F2P but price on the cosmetic items is silly.
#17
I have it install, but haven't played it. But battle royale games in first person view is really lame compared to third person battle royale games. Just my views anyway
#18

FreedomEclipseYeah its F2P but price on the cosmetic items is silly.

I don't really have a problem with these kinds of things as long as what is being sold is clearly defined. People want their bling-bling and that's cool as long as it isn't the $20 for an unknown "loot-box" item that might be, and very likely is, completely useless.
#19
As long as it is cosmetic and not pay-to-win, why should we care? If there are enough players that want this $20 skin, let them have it and let the dev/publisher charge them.
#20
Its a great game, really enjoying it right now. I was not a big fan of PUBG or the others like it mostly because I had already played games like DayZ a lot and it felt like the same game minus zombies (Although more stable). I kinda like the quick action, weapons system, gun play of titan fall, and squad teamplay of the game. Plus the game is free and does not feel like its trying to shove anything down your throat to win (Like buying weapons, champions, etc).
Add your own comment
Jan 24th, 2021 09:54 EST change timezone
Sign in / Register