Nepal Bans PUBG on Account of Negative Impact on Children

by
Raevenlord
Apr 12th, 2019 15:12 Discuss (57 Comments)
Nepal yesterday moved to ban the online game PlayerUnkown's Battlegrounds, citing negative impact of the game on children and their development. Citing violent content and its effect as the primordial reason for the ban, Sandip Adhikari, deputy director at Nepal Telecommunications Authority (NTA), the nation's telecoms regulator, told Reuters that ""We have ordered the ban on PUBG because it is addictive to children and teenagers."

As part of the ban, all internet service providers, mobile operators and network service providers were instructed to block streaming of the game. Gamers might find ways to circumvent this limitation in order to still be able to play the game; or they'll simply migrate to one of the other Battle Royale games on offer, such as Fortnite or Apex Legends, instead. It's interesting to wonder whether the government of Nepal will keep on chasing the next online game fad one by one or if actual studies on the negative impact of these games are fielded by the Nepalese government.

#1
This seems like a very dangerous move where personal liberties are concerned. Very troubling indeed.
#2
... and what about adults? :D
#3
I think they have bigger problems than PUBG.. 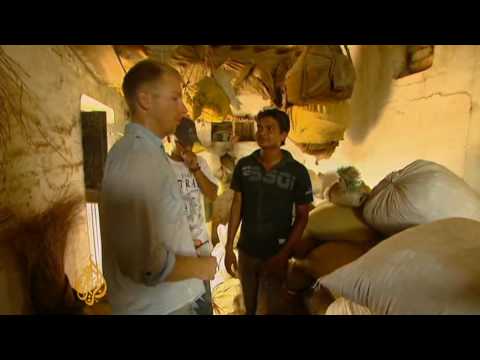 Paganstomp... and what about adults? :D

Fair point, i can't get back the hour's I've spent on these types of game's either and recently had to enforce no battleground days on myself, not Tonight mind :).
#6
Addictive? That's stupid AF. Everything's addictive. And there's WAY worse things to be addicted to. They need to get their priorities straight.
#7

How are they going to do that?

Also, Nepal is a poor country. I can't imagine many people in Nepal even play the game.

This strikes me as bad policy.
#8
Nepal's drug problem... It's all those in game adrenaline shots, got kids addicted.

This is typical politics anywhere in the world... have 1 problem, blame it on something else that you can feasibly ban, get reelected.
More concerned with India's arrests related to playing games...
#9
Oh hey look, populists again are targeting video games, only that this time it comes from quite unexpected place.
#10

You really need a qualifier before a statement like that...

EasoOh hey look, populists again are targeting video games, only that this time it comes from quite unexpected place.

I assure you "populists" had little to do with this.

FordGT90ConceptHow are they going to do that?

How most third world companies pass the buck on problems like that: Threaten to block youtube etc unless they police the "illegal" content off the regional service.
#11
Sounds like the publisher forgot to pay or refuses to pay the toll. And if they don't pay the tolls then Nepal don't get no rolls...

Anyway. I am unable to chat shit about Napal after her people fought and died for Hong Kong when she was invaded by the Japanese in WII. All my grandparents lived to reach a grand old age before they returned to the heavens because of the bravery of the Nepalese people.
#12
Who knew, Nepal is now a Communist country :rolleyes:
#13
and India soon to follow it. Already banned by municipal in my city. Now this shit going national level.
#14

Laws like this have little to do with communism, and more in common with fascism really.
#15

DEEPLY CONCERNED
#16
one thing (children and feeble minded peoples addicted to -everything- online ) leads to the other ( www.ladbible.com/news/viral-blogger-cries-after-instagram-account-is-deleted-20190410 )
#17
Nepal, isn't that this new province of China?
#18

It's not like China is the only nation relieving natives of their land. ;)
#19

Children don't have "personal liberties" because they don't have power of discernment. We have made plenty of laws that apply to children only because of that, starting with not selling tobacco or alcohol to them.
All in all there is a growing movement to act against children addictions to games and internet, it was another article here recently about Prince Harry.
Sure kids are gonna be upset when they lose their toys. Eventually will go back outside intercting with each other. Parents have no good means to fight this epidemy by themselfs.

Don't you have Google installed on your computer? You could type that in there and get your answer: "No"
#20

China thinks anyone & everyone on their border is a part of China, including the entire SCS so no surprises there!
#21

SoNic67Don't you have Google installed on your computer? You could type that in there and get your answer: "No"

Dig a little bit deeper than the first hit and you'll find the ties have been getting very close from 1980's onwards.

The implicit statement I was making is that you cannot view this news without considering this:
www.gamespace.com/all-articles/news/china-ban-pubg-fortnite-paladins/
#22
So if Prince Harry voiced the same idea, means that he must be Chinese too?

I am battling my own battle with gaming and "social media" addiction in my children, with no help from anyone. This is worse than drinking and smoking, affects their mental development. We have bans for selling those products to kids.
I welcome any country that helps it's parents to control this new addiction.
#23

FordGT90ConceptHow are they going to do that?

" By hiding behind their masters GfwC
Ah that's Tibet
#24
Nepal remains firm on this titulus matter.
#25

SoNic67Children don't have "personal liberties" because they don't have power of discernment. We have made plenty of laws that apply to children only because of that, starting with not selling tobacco or alcohol to them.

While I agree that children need structure and limitations, limiting access to something for a whole populous is excessive and inappropriate.
Add your own comment
Jul 1st, 2022 09:41 EDT change timezone
Sign in / Register