The sights and sounds of FIFA 21 are reimagined for next generation consoles, with the brand new EA SPORTS GameCam inspired by the look and feel of top-level football broadcasts and LiveLight Rendering, a deferred lighting system that enhances every aspect of the on-pitch experience. Thousands of authentic chants captured exclusively from the world's biggest competitions, including the Premier League, La Liga and the Bundesliga, deliver the ultimate EA SPORTS Atmospheric Audio experience, unparalleled in sports video games.

Next-gen technology powered by Frostbite delivers an unprecedented level of player fidelity. Fans can enjoy deeper definition in player physiques, including flexing muscles after strikes and strand-based hair on some of the top footballers, combined with dynamic lighting that accentuates footballers' faces and kits for a whole new level of realism. New pre-game cinematics such as team buses arriving prior to kick-off and the buzz of fans entering through the turnstiles have been added to further immerse fans in the total matchday experience. During live games, new contextual player, bench, and fan reactions respond to key match situations, allowing players to feel the explosive passion and intense drama of big goal moments like last-minute winners or relegation-saving equalizers.

"We're excited to deliver a new level of authenticity that will immerse players in the game like never before when they step out onto the virtual pitch in FIFA 21," said Aaron McHardy, Executive Producer, EA SPORTS FIFA. "With next level immersive experiences that truly bring the most recognizable stadiums and professional players to life, the technology behind these next generation consoles opens up a world of possibilities for how players will experience the world's game this year and into the future."

New technology enables players to experience more authentic movement with enhanced length and visual quality of player animations, providing ultra-responsive and realistic maneuvers in every situation on the pitch. Off-ball humanization creates authentic character behaviours that enable fans to feel all the emotion of football at the highest level, from a player adjusting shin pads in the 89th minute to one screaming for a through ball from a teammate. Frostbite's advanced interaction system brings the Real Player Motion Technology system to life as players jostle, push, and pull in battles for possession with more responsiveness than ever before.

Players will have their first opportunity to experience the future of FIFA gameplay with blazing fast load times that allow them to get in the game quicker than ever before. From Kick-Off to Career Mode, players will never lose focus on the upcoming match as stadium environments will load with unprecedented speed, letting them get to the start of the match in seconds.

In addition, for those with PlayStation 5 consoles, PlayStation Activities gets players into the action even faster by letting them jump straight from the PlayStation home screen into their favorite game modes. Rich and responsive haptic technology through the new PS5 DualSense controller allows players to sense the impact of shots, passes, and tackles and feel the rhythm of the game in their hands.

Players who buy, or who have already bought, FIFA 21 for PlayStation 4 and/or Xbox One can get the PlayStation 5 and/or Xbox Series X|S version of the game for free* from December 4. Players can also take their FUT Club and VOLTA FOOTBALL squad to the next generation and back again with cross-gen transfer markets in FUT 21, as well as all their FUT and VOLTA FOOTBALL content and progress. For players who only want to play on next generation consoles, there is an option to buy standalone editions of FIFA 21 on the Xbox Series X|S and PlayStation 5 for $69.99 USD.

FIFA 21 is developed by EA Vancouver and EA Romania and available now on PlayStation 4, Xbox One, PC via Origin and Steam, and will land on Stadia - Google's cloud-based gaming platform - next year. FIFA 21 will launch on PlayStation 5 and Xbox Series X|S on December 4.

BumbleBeeI wish EA would port the NHL games back to PC :(

be careful what you wish for. I said the same thing about Madden. the new ones are garbage, bloated all to hell. i still prefer playing madden 2008. it's clean UI/front page, simple to use. the new Maddens are constantly trying to sell you packs, etc... annoying as **** EA can bugger off, I will just keep playing 2008 over and over and sometimes updating the rosters, there was a dedicated website I found a few years ago the updates rosters for 2008. not sure it's active anymore though.

imo the gameplay is even more fun in 2008 and more advanced. not sure how that is possible. but yeah the new ones feel like a simulation and you get to control very little.
#4

BumbleBeeI wish EA would port the NHL games back to PC :(

I want MLB games, not sure if the show will ever come to PC
#5
YESSS,FIFA 21 ON PS5 !!!
I HAVE TOO MUCH MONEY AT MY HAND, CANT WAIT TO SPEND EM ALL ON FIFA POINTS !!!
THAT SURPRISE MECHANICS ! I M SO EXCITED TO GET ADDICTED !
#6
EA SPORTS FIFA 21 Delivers the Most Authentic Matchday Experience to Date

yeah right, still ice skating as always...
#7
So authentic that you have to spend the same amount of money as the owner of the team in real life lol.
#8
Lighting fast loading speeds blocked by 30 secs unskippable ads YAY!
#9
EA, you can shove it so far up your arse , whoever takes it out, will have to be crowned King Arthur
#10
Meanwhile..... 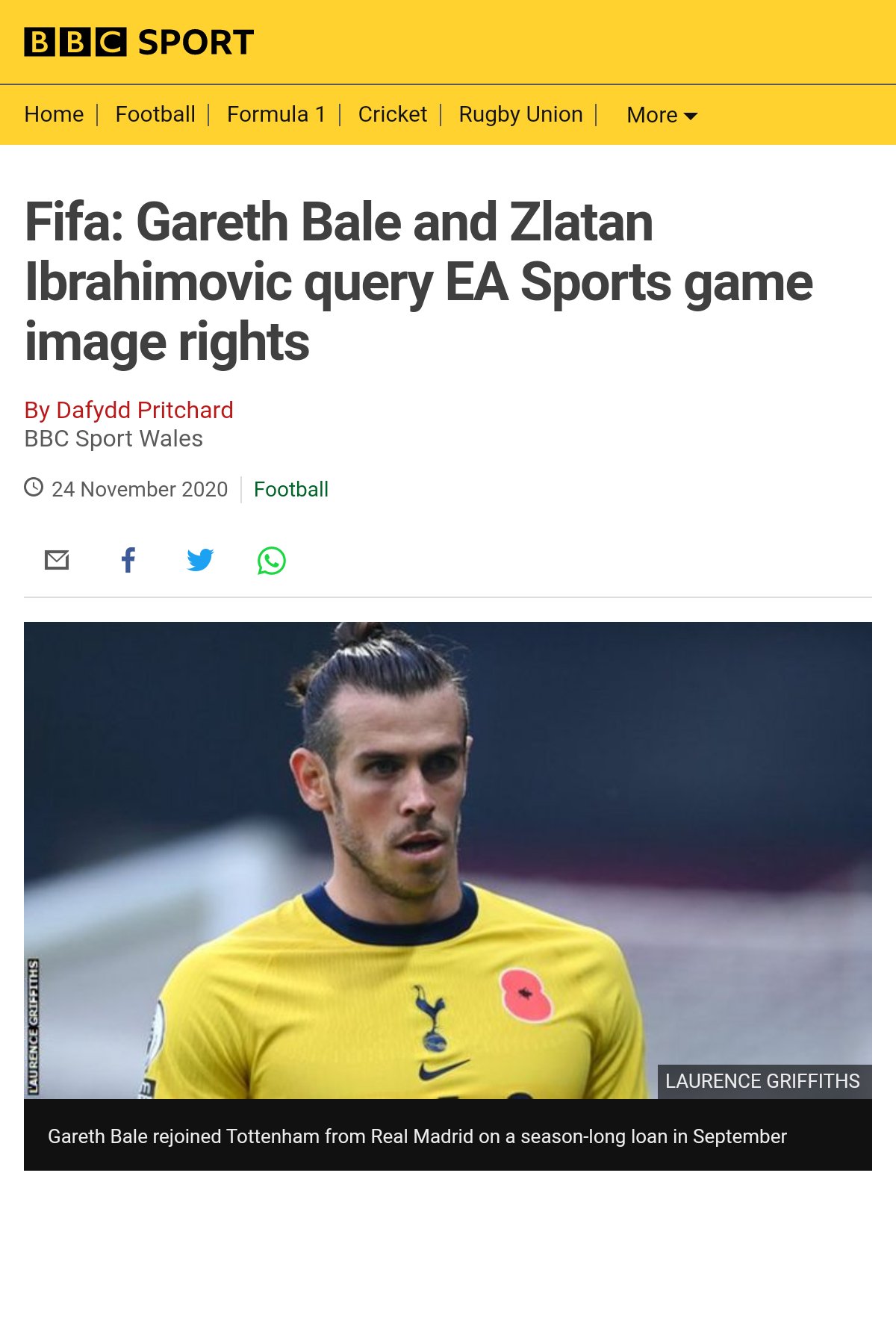 www.eurogamer.net/amp/2020-11-24-zlatan-ibrahimovi-accuses-ea-of-using-his-name-and-face-in-fifa-21-without-permission-ea-responds
#11
EA is doing all the marketing tricks to sell fifa shit, but esports pes stills the best untill now.
#12
I can't imagine any game more boring to be turned into a video game, except maybe golf.
#13

Caring1I can't imagine any game more boring to be turned into a video game, except maybe golf. 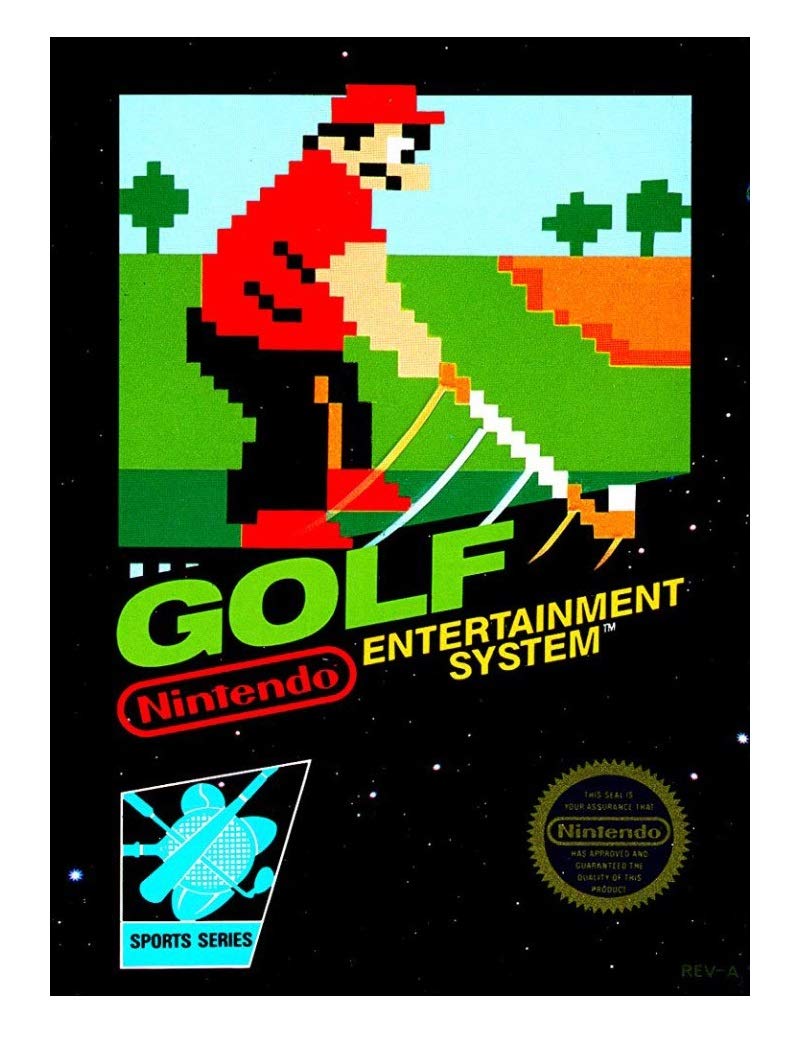