Press Release by
AleksandarK
Oct 26th, 2021 10:38 Discuss (0 Comments)
The emergence of the COVID-19 pandemic led to severe delays in manufacturing and logistics. In particular, governments worldwide began implementing border restrictions in 2Q20 to combat the ongoing health crisis, leading to a sudden decline in order volumes for channel-market SSDs, according to TrendForce's latest investigations. Annual shipment of SSDs to the channel (retail) market reached 111.5 million units in 2020, a 15% YoY decrease. In terms of market share by shipment, Kingston, ADATA, and Kimtigo once again occupied the top three spots, respectively.

As the pandemic eliminated tier-2 and tier-3 suppliers at an increasingly rapid pace, the collective market share of the top 10 module makers continued to rise
Kingston demonstrated the competitive advantage that it derived from having a global strategy while the pandemic took place. The company saw its market share increase by 1% against market headwinds in 2020 and comfortably took the number one spot among the top 10 SSD module makers. At the same time, Kingston sourced its SSD controller ICs from a diverse group of suppliers in order to avoid potential issues with SSD production due to insufficient foundry capacities. By ensuring a stable supply of controller ICs, Kingston will likely raise its market share even further going forward. On the other hand, ADATA had previously shifted the focus of its R&D and manufacturing operations to SSD products. Not only did ADATA release high-end products ahead of most of its competitors, but it also raised its markets share thanks to the increased demand for its gaming products during the pandemic. ADATA took the second spot on the top 10 list.

Kimtigo, ranked third on the list, shifted its focus to mid-range and high-end products due to their relatively high profitability. Furthermore, Kimtigo successfully expanded its market share both overseas and online, in turn taking the number one position in China. In light of China's policies prioritizing domestic semiconductor production as well as Kimtigo's ongoing efforts to cultivate a presence in tier-3 and tier-4 cities in China, the company will likely continue to increase its market share going forward. Netac similarly possessed comprehensive sales networks in China and the overseas markets, in addition to having committed to long-term developments in online sales channels. As the pandemic drove up online sales last year, Netac was able to leapfrog to fourth place in the rankings. Likewise, Lexar saw a slight growth in its market share last year due to not only the comprehensive global sales network it had previously developed, but also its gradually maturing manufacturing operations and aftersales customer services.

The COVID-19 pandemic drove up orders for Teclast's self-branded notebook computers and displays. As a result, Teclast's shipment of SSDs last year underwent an increase that in turn led to a corresponding increase in its market share. As for Colorful and Galaxy, the two companies primarily focused on the gaming market. Hence, the increase in demand for gaming consoles and high-end notebooks allowed Colorful and Galaxy to enjoy increased visibility in the SSD market. Lenovo's shipments fell slightly in 2020 because the other competing brands increased their efforts in developing the overseas markets. As a result, its place in the ranking also dropped from 2019. As the ranking indicates, the competition among brands in the Chinese market remained very intense. There is the possibility that the brands' positions in the ranking will undergo more reshuffling for 2021.

It should be pointed out that TrendForce has noted the participation of additional brands in the SSD module market in recent years. One such brand is Gigabyte, which has registered remarkable performances. Gigabyte grew its shipment of SSD products by more than 30% YoY in 2020 through leveraging its preexisting reputation in the motherboard and graphics card markets. Although Gigabyte has yet to enter the top 10 list at the moment, it will likely do so within the coming years thanks to its comprehensive global sales network and the growing visibility of its SSD products.

Rise of YMTC strengthens China's domestic NAND Flash production, and Chinese SSD manufacturers are gradually gaining a brand advantage
As the trend of the localization of semiconductor manufacturing comes to the forefront of the Chinese memory market, YMTC is carrying out a massive capacity expansion plan. In terms of layer technology, YMTC is steadily advancing to 128L and catching up to the major NAND Flash suppliers. Among Chinese SSD brands, Biwin secured financial support from the China IC Industry Investment Fund (the Big Fund) this September; it is now expanding the production capacity of its plant in Huizhou. Besides this, Biwin has also acquired sufficient product development capability to meet clients' demand for customized products and services. The company is therefore expected to experience a wave of growth in the future.

Turning to Taiwan-based SSD brands, Liteon's shipments of branded SSDs have slowed down significantly after the company was fully incorporated into Kioxia in July 2020. Due to certain considerations pertaining to the allocation of internal resources, Kioxia will assign the Liteon SSD team to support the development of SSDs for PC OEMs. In the future, Kioxia's focus will not be on brand development. As for other Taiwan-based SSD brands, they will unlikely return to the top 10 ranking because they have not been able to catch up to the brands based in Mainland China with respect to the economies of scale. TrendForce believes that Taiwan-based brands will continue to be on the decline.

PCIe G4 SSDs become new main offerings, and module makers have adopted QLC solutions
The effects of the COVID-19 pandemic have contributed to a significant increase in the average memory density of SSDs this year. With 512 GB becoming the mainstream capacity size, the cost advantage of QLC will become increasingly recognizable. Hence, module makers will be introducing QLC products into their SSD offerings. In the aspect of interface technologies, the proportion of SATA in the retail SSD market has been declining over the years, and module makers are switching to PCIe for their new products. TrendForce's research finds that PCIe products accounted for almost 30% of retail SSDs shipped in 2020. With shipments of PCIe G4 SSDs expected to grow rapidly in the future, module makers will assign PCIe as the mainstream interface for new products.

Also, an increasing number of Chinese IC design houses are now involved in the development of SSD controller ICs. This, in turn, has led to more PCIe G4 SSD controllers entering mass production. As China pursues the localization of semiconductor manufacturing, module makers will be tested to develop suitable solutions that can maintain growth in the Chinese market. 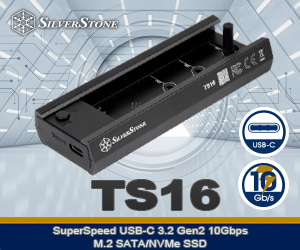