Every hardware enthusiast has no illusions about the money he spends for his hobby. We all know that if we spent a month's wage of our hard earned money on new shiny hardware, seemingly weeks afterwards it's already old and dull and boring and the addiction calls for new injections of hardware.

We all know, too, that our hobby is expensive. Whether we try to justify new acquisitions with the ever mounting needs of modern 3D PC games or whether we're numbercrunchers in a Distributed Computing Project such as SETI@home, the song remains the same: it seems we are contantly investing in assets with an even less promising revenue than Government loans issued by Argentina. That's without even taking into account inflation, folks.

This is also hardly anything new, you will supposedly all nod and say, „yes, true, but we hardly have any choice do we“? That's true, we don't. Addicts aren't addicts for nothing, after all.

But this article will be about something else. A mystery so mindboggling and utterly incomprehesible, that it really needs a name as a phenomenon. There's a book called „The Meaning Of Liff“ by Douglas Adams and John Lloyd in which things that do not yet have names, though in bad need of a name, get a name. A name that used to „spend (its) time doing nothing but loafing about on signposts pointing at places“. Yes, precisely that Adams you're thinking of, who just now will probably be revolving in his grave given that lousy film in the cinemas. But that's another story.

Now, what is this all about, the hardware price mystery? I'll tell you, be patient.

This article is about the mystery that some parts of hardware which are truly „high tech“, with chips and microtechnology invented by true geniuses and all, are after all not that expensive, while „low tech“ such as a few bent sheets of metal, held together by rivets and some welding done by workers with little or no education is expensive– and it's a PC case I'm talking about. 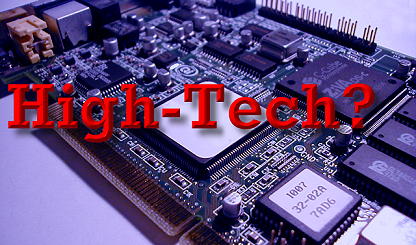 Yes. Processors and Ram are relatively cheap, PC cases, keyboards, mice and cables are relatively expensive if you come to think about it. Relatively, I repeat, in terms of technical value for money.

How come the latter are so off balance in their pricing?
I mean, I do not ask, how come they have such price tags – this is just because in a free market world, things have just those prices the buyers are ready to pay, otherwise the manufacturer goes bankrupt (or the taxpayers' money, our money, is used to subsidize that firm – but we'll do as if there was a real free competition). No, that's not my question.

I ask, aloud, how come that we, the people who are responsible for the fact that a few bent sheets of metal with some rivets is more expensive than a mid-range Athlon 64 CPU, decide to buy such – in relation - expensive things anyway.

True, some cases are really very very cleverly designed and a pleasure to build a system into, but then again, even the most tricky box is really just a metal box with a few holes for screws and ventilation. Low tech. Something you could do, too, given a little time and the raw materials, you will think.

Whereas a processor took hundreds, if not thousands, of engineers with countless diplomas ages to develop, has thousands of patents implemented and needs clean room assembly by skilled workers with high wages, and millions worth of machinery to produce.

Before this turns into case-producer-bashing, let's have a look at PC mice and keyboards. Prices vary as much there as between the cheapest and most expensive processors, if you multiply the cheapest price by 15 you just about get the top level price tag.
If some models have optical sensors and cost no more than 5 Euro, then those mice with a high two-digit-price have some trouble explaining their hefty cost, one should think. Keyboards or mousepads and so on are no difference.
But we enthusiasts buy that quite non-cheap cheap stuff all the same. 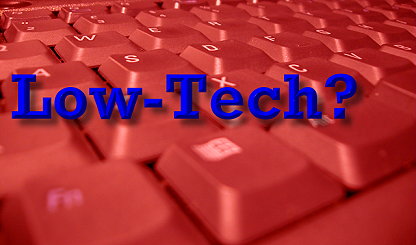 These thoughts struck me when assembling some systems for friends who needed sort of internet-ready electrical typewriters, if you know what I mean, nothing near to what the local supermarkets where you buy your toothpaste and apples. Offline-apples, like bananas.

Those supermarkets sell every now and then PCs for almost always exactly 999,- € (or, if the competitors are about to release such an offer at the same time, sometimes some few Euros less), systems grossly oversize for that kind of user.
It's not that hard to build a PC on your own that's better suited for such people, you all know that. But you repeatedly experience the fact that among the bigger numbers on the invoice the PC parts dealer gave you are not the usual suspects like CPU or RAM but the case or a keyboard-mouse-combo with a nice finish, silent, ergonomic keyboard and a rechargeable mouse. And nothing in them that you wouldn't assume to be tiny parts bought in huge numbers and assembled for very small amounts of money in very poor countries.

And that effect doubles if you keep in mind that the perhaps most important investment in your system should go into those parts that last longest and are in most contact with you like your screen and input devices.

So, will this end with a sad „I found out something goes awfully wrong all the time but I don't know at all how to change it“?
Naaa.
Keep on looking for quality input devices. Keep on saving time and nerves by buying a good PC case that won't cut up your fingers or create a healthy climate for lemon growth where there should be Patagonias icy plains.
But bear in mind that you are just about to spend a lot of money for really nothing special in terms of our beloved high-tech gadgets – but at the same time you help fund some poor workers in far away countries who just quit their jobs at the tractor firm to start assembling PC cases for us.
Discuss this article in our forums
Apr 12th, 2021 09:04 EDT change timezone
Sign in / Register