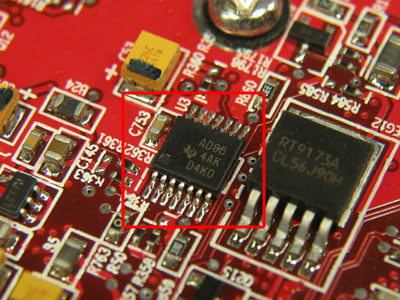 The video is BIOS is a small piece of code (typically <64 KB), which is stored inside a small chip on your video card. When the VGA card receives power, the BIOS is loaded into system memory and immediately executed by the CPU.

On startup, the BIOS initializes the video card:After these tasks are completed, the display will turn on and display what's happening next - usually the motherboard's POST screen.

Once you boot into Windows, the display driver takes over all video functions and the BIOS is no longer used. However, it remains accessible for execution. Actually, manufacturers like ATI added a handful of functions which can be invoked from within Windows, for example to change power management settings on a mobile GPU.

Why flash the BIOS?

Originally, the video BIOS was stored in a ROM (Read Only Memory) and could not be replaced. Nowadays it is located in a flash memory chip (that's why it's called 'flashing').
The reason for this move was that like every other piece of software, the BIOS had programming errors, or an issue was detected in the hardware for which a workaround had to be found. So the manufacturers just gave out an updated BIOS to a customer to fix the issue.

The more interesting use is to mod cards. For example, on the X800 Pro VIVO you can unlock additional pipelines by changing the BIOS. How so? Inside the BIOS is a small block of information which tells the GPU how many pipelines it should run at. If you replace the original BIOS with a BIOS which tells the GPU "16 Pipelines!" .. well, then you are running 16 pipelines.

Another good use is to change the default clocks of the card. As you remember from above, the BIOS sets the core and memory clock. On the last page of this article we will cover the different BIOS editors and their use.

Sometimes a new BIOS increases performance as well. However, my personal experience is that this difference is rather small. However, if you do upgrade your video BIOS for this reason, make sure you run benchmarks before and after.

Required Tools & Getting into DOS »
Discuss this article in our forums
May 18th, 2022 18:13 EDT change timezone
Sign in / Register