¿can my pci pinacle 110i video capture card with windows 10 drivers work with discord and facebook? 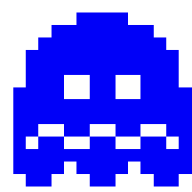 System Specs
Hi i can capture from my hi8 camera using the s-video cable that produces better image quality than the rca yellow plug cable using OBS studio. howerver, when I use facebook live from my desktop or wanna use discord and stream live video I can't!

Can someone tell me what driver to use for it or ¿what workaround?
see pic that's how discord stays when trying to steam...
and facebook live, on that site I can't even select the device from a list as I can on discord at least.

System Specs
WHoo boy, that is an old chip.
Well I'd wager analog technology would have it best supported with systems dated until 2006, further than that and you might run out of luck.
Just because a driver installs in a new operating system does not mean it will be (fully) compatible, so you are bound to encounter issues like that. (I'm actually surprised the i110 did, as the PCTV Pro one just didn't in anything beyond XP SP3).
That being said, the 110i was released around 2005, IIRC, and like any TV tuner of the day, worked really well with their own purpose made software and had some features for other contemporary stuff. By my experience, Pinnacle hardware was good, but software support was rough around the edges and usually cut short when new products were introduced.
This to say that either the programs you're running just do not support it or cannot detect the older driver model for those devices.

Aside from this, I know webcams have become quite the luxury right now, but may I ask you why going though all that 1997 lo-fi trouble just to do the same as a regular 0.3MP USB webcam does? (heck, almost anything digital with a lens nowadays)

System Specs
thanks for your input and knowledge,
although analog rocks with demons and ghosts so... and... my camera is infrared sony so.
I would love if someone can point me to a driver that makes it all shiny and bells to stream live yoo.
I have some tapes I wanna transfer yet and this is what I have. (SOME ONE GIVE ME A GOOD DRIVER PLEASE) I think I got the driver from their cab files on a microsoft site.

System Specs
I reckon one of those $15 USB adaptors to convert RCA/S-Video would work for that.
A rather incredibly complex setup would also be to have a rare VHS-DVD player-recorder that has both analog I/O and digital-out so that you could use a more recent internal capture card with it, one of the basic-streamer ones ought to do the job for the image quality you seek, but do check for those USB "VHS-converters". Heck, if the low price makes you think quality or support will be bad, you can churn-out more $$$ for the same product from the likes of avermedia, hauppage or elgato.

System Specs
Yo I forgot I got a DV digital camera too, I'll try to find a usb cable to connect it to the pc!! horray

I found a software called SPARKOCam and is able to load updated drivers for old capture cards and now look at me on discord!
only problem is there is a watermark that can go away paying 60$ for 1 license which is very worth it!