It’s never aliens—until it is. Today news leaked in the British newspaper the Guardian of a mysterious signal coming from the closest star to our own, Proxima Centauri, a star too dim to see from Earth with the naked eye that is nonetheless a cosmic stone’s throw away at just 4.2 light-years. Found this autumn in archival data gathered last year, the signal appears to emanate from the direction of our neighboring star and cannot yet be dismissed as Earth-based interference, raising the very faint prospect that it is a transmission from some form of advanced extraterrestrial intelligence (ETI)—a so-called “technosignature.” Now, speaking to Scientific American, the scientists behind the discovery caution there is still much work to be done, but admit the interest is justified. “It has some particular properties that caused it to pass many of our checks, and we cannot yet explain it,” says Andrew Siemion from the University of California, Berkeley.

Most curiously, it occupies a very narrow band of the radio spectrum: 982 megahertz, specifically, which is a region typically bereft of transmissions from human-made satellites and spacecraft. “We don’t know of any natural way to compress electromagnetic energy into a single bin in frequency” such as this one, Siemion says. Perhaps, he says, some as-yet-unknown exotic quirk of plasma physics could be a natural explanation for the tantalizingly concentrated radio waves. But “for the moment, the only source that we know of is technological.”

The detection was made by a $100 million project called Breakthrough Listen, led by Siemion and funded by tech billionaire Yuri Milner under the umbrella of Milner’s Breakthrough Initiatives. The goal of this multiyear endeavor—which began in 2015 with a star-studded announcement attended by Stephen Hawking and other space-science luminaries—is to buy observing time on radio telescopes around the world to search the skies for evidence of technological civilizations. That pursuit, of course, is more commonly known as the Search for Extraterrestrial Intelligence (SETI). To date, no such evidence has conclusively been found despite more than a half century of modest-but-steady SETI activity, with any potential signals almost always ruled out as originating from satellites orbiting Earth or other human-caused interference.

The story of this latest SETI spectacle really began on April 29, 2019, when scientists affiliated with Breakthrough Listen started collecting the data that would later reveal the intriguing signal. A team had been using the Parkes radio telescope in Australia to study Proxima Centauri for signs of flares coming from the red dwarf star, in part to understand how such flares might affect Proxima’s planets. The system hosts at least two worlds. The first, dubbed Proxima b upon its discovery in 2016, is about 1.2 times the size of Earth and in an 11-day orbit. Proxima b resides in the star’s “habitable zone,” a hazily defined sector in which liquid water could exist upon a rocky planet’s surface—provided, that is, Proxima Centauri’s intense stellar flares have not sputtered away a world’s atmosphere. Another planet, the roughly seven-Earth-mass Proxima c, was discovered in 2019 in a frigid 5.2-year orbit.

Using Parkes, the astronomers had observed the star for 26 hours as part of their stellar-flare study, but, as is routine within the Breakthrough Listen project, they also flagged the resulting data for a later look to seek out any candidate SETI signals. The task fell to a young intern in Siemion’s SETI program at Berkeley, Shane Smith, who is also an undergraduate student at Hillsdale College. Smith began sifting through the data in June of this year, but it was not until late October that he stumbled upon the curious narrowband emission, needle-sharp at 982.002 megahertz, hidden in plain view in the Proxima Centauri observations. From there, things happened fast—with good reason. “It’s the most exciting signal that we’ve found in the Breakthrough Listen project, because we haven’t had a signal jump through this many of our filters before,” says Sofia Sheikh from Penn State University, who helmed the subsequent analysis of the signal for Breakthrough Listen and is the lead author on an upcoming paper detailing that work, which will be published in early 2021. Soon, the team began calling the signal by a more formal name: BLC1, for “Breakthrough Listen Candidate 1.”

To pique any SETI researcher’s interest, a signal must first endure a barrage of simple automated tests to rule out obvious terrestrial interference. Hundreds of candidates, however, routinely pass this phase and are singled out for further investigation. From there, almost all will be dismissed as some mirage or error—perhaps an excess of static, for instance—that fooled the winnowing algorithm, eliminating them from consideration as any sort of transmission from talkative aliens. “Except this one,” Sheikh says.

Revisiting the data from 2019, Sheikh and her colleagues noted that the telescope had looked at Proxima multiple times in scans lasting 30 minutes over the course of a week. Breakthrough Listen uses a technique called “nodding,” where the telescope will spend a period of time looking at a target and then an equivalent period looking elsewhere in the sky, to check that any potential signal is truly coming from the target and not, say, someone microwaving their lunch in an observatory’s cafeteria. “In five of the 30-minute observations over about three hours we see this thing come back,” Sheikh says, a hint that the signal indeed originated from Proxima Centauri—or some other deep-space source in that part of the sky—before making its way to Earth.

One might think, then, that the case would be closed. But while a natural cosmic source may seem unlikely, it cannot yet be ruled out—and, the thinking goes, as unlikely as a natural explanation might be, an “unnatural” explanation such as aliens is even less likely still. Consequently, every member of the Breakthrough Listen team interviewed for this article steadfastly insists the chance of this being anything other than terrestrial interference is exceedingly remote. “The most likely thing is that it’s some human cause,” says Pete Worden, executive director of the Breakthrough Initiatives. “And when I say most likely, it’s like 99.9 [percent].”

That rational skepticism extends all the way to the top. “When we launched Breakthrough Listen with Stephen Hawking in 2015,” Milner says, “it was understood that the most rigorous scientific approach will be used to analyze all candidate signals.” Milner and seemingly all the SETI researchers his funding supports fully expect BLC1 to wither away under the project’s now-intense scrutiny. But, just maybe, it won’t.

For the time being, months of further analysis are in store to definitively rule out other potential sources. And BLC1 itself, while seeming to come from Proxima Centauri, does not quite fit expectations for a technosignature from that system. First, the signal bears no trace of modulation—tweaks to its properties that can be used to convey information. “BLC1 is, for all intents and purposes, just a tone, just one note,” Siemion says. “It has absolutely no additional features that we can discern at this point.” And second, the signal “drifts,” meaning that it appears to be changing very slightly in frequency—an effect that could be due to the motion of our planet, or of a moving extraterrestrial source such as a transmitter on the surface of one of Proxima Centauri’s worlds. But the drift is the reverse of what one would naively expect for a signal originating from a world twirling around our sun’s nearest neighboring star. “We would expect the signal to be going down in frequency like a trombone,” Sheikh says. “What we see instead is like a slide whistle—the frequency goes up.”

So far, follow-up observations using Parkes have failed to turn up the signal again, with a repeat observation being a necessity to confirm that BLC1 is a genuine technosignature. “If it’s an ETI it must eventually be replicable, because it’s unlikely it would be a one-off,” says Shami Chatterjee, a radio astronomer from Cornell University in New York. “If an independent team at an independent observatory can recover the same signal, then hell yes. I would bet money that they won’t, but I would love to be wrong.”

Nonetheless, it remains one of the most intriguing signals found by Breakthrough Listen—or indeed any SETI program—to date, one that Sheikh compares to the so-called “Wow! signal” detected in 1977, which some believed to be of extraterrestrial origin. “I think it’s on par with the Wow! signal,” she says. More likely than not, however, this is simply some previously unknown source of Earth-based interference. In a few months we’ll likely know for certain one way or another. But for the time being, it’s never aliens—right? “I hate that phrase, because if you say that, then why even look?” Wright says. “What we mean by that is that it’s never been aliens before.”

System Specs
Cool it's coming from Proxima Centauri. That's cosmically speaking, about as close as it gets...

System Specs
i remember running SETI@home on my PC back. In the day.Stiff like this ignites my sense of possibilities again. 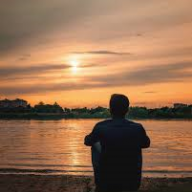 I don't believe that this signal was sent by aliens

. Although Proxima Centauri is rather close to us, we don't have a technology that'll let us get to it. There's no evidence that aliens exist; why do you still believe in them? 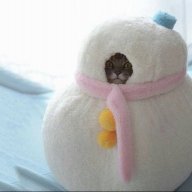 SpaceGeek said:
I don't believe that this signal was sent by aliens

. Although Proxima Centauri is rather close to us, we don't have a technology that'll let us get to it. There's no evidence that aliens exist; why do you still believe in them?
Click to expand...

why do you not?

SpaceGeek said:
why do you still believe in them?
Click to expand...

the math will disagree with you bud

SpaceGeek said:
I don't believe that this signal was sent by aliens

. Although Proxima Centauri is rather close to us, we don't have a technology that'll let us get to it. There's no evidence that aliens exist; why do you still believe in them?
Click to expand...

Probably the same reason some folk believe there is a "god". Something to believe in; that there is something else out there and not just us.

You never know, one day maybe "god" or aliens will be actually discovered (unless you already believe in the conspiracy theories about how aliens already live among the humans and the aliens working in tandem with humans under Antarctica and that humans already have a vast fleet of space vehicles that can travel vast distances and that we've already built and occupy bases on the moon and Mars and that we already have time travel capabilities and age reversing capabilities and.....well, the list goes on).
You must log in or register to reply here.
Share:
Facebook Twitter Reddit Pinterest Tumblr WhatsApp Email Share Link
Top