Amazon Could be Pointing to Halo 5: Guardians Release for PC

System Specs
A box listing update for 343 Industries' Halo 5: Guardians over the weekend may have spilled the beans on a planned release of the title for PC gamers. Via an updated box art posted on Amazon, the new Halo 5: Guardians changes the previous "Only on XBOX One" adage of games that could only be found on Microsoft's console - and nowhere else - to a much more interesting "XBOX One Console Exclusive". This particular wording has become prevalent ever since Microsoft introduced its "XBOX Play Anywhere" initiative, which sees copies of games being mirrored in both the PC and console platforms - much like it happened on Halo Wars 2.

If this were to happen, of course, we'd expect nothing less that a very well optimized port for the PC version of the game. Microsoft hasn't been saving expenses in gearing up their Play Anywhere titles up to the best features and performance metrics PC gaming has to offer, and with a Halo game, those efforts are sure to be doubled. The franchise still remains Microsoft's juggernaut and best representative of their overall brand identity, and Microsoft - and 343 Industries - wouldn't want to be missing an opportunity to prepare a whole new world of potential gamers and buyers of Halo: Infinite via a less than exquisite launch of Halo 5: guardians on PC. Until then, you can always just hop into the free Forge mode on Windows 10.

System Specs
Would rather have MCC at this point since PC never got 3 and 4. Regardless, I guess this would be a welcome addition.
R

System Specs
Can't wait to play all the copy & pasted levels again XD I don't get it why they are bringing series back to PC after not giving us half of the franchise? What's the point? That would be like giving us Die Hard 4 without ever giving us Die Hard 1 and 2... ?!

Only thing that was really exciting about Halo was the regen suit properties, I love when shields go blip blip wzooooom. And the encounter of Flood Swarm was pretty neat. I'd love to see more of that. Except the 15 levels of copy pasted Library... 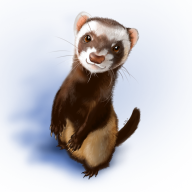 System Specs
I still have my fingers crossed for Halo 3 on PC....right after Half Life 3 finally gets released

Zmon said:
Would rather have MCC at this point since PC never got 3 and 4. Regardless, I guess this would be a welcome addition.
Click to expand...

Easier to port Guardians than MCC as a whole - they're still working on it for the definitive Xbox One X version, if I'm still in the loop about that.

if reception for Guardians is good, they'll likely work on porting MCC as a stopgap until infinite.

System Specs
What I want for PC is the The Master Chief Collection, Guardians can come after that.
They have been doing half hints for quite some time anyway... 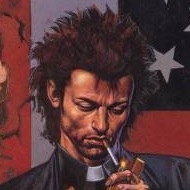 Zmon said:
Would rather have MCC at this point since PC never got 3 and 4. Regardless, I guess this would be a welcome addition.
Click to expand...

Same here. It makes no sense why MS doesn't capitalize on... you know... a whole other platform they have control of. 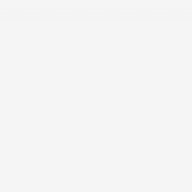 System Specs
With the major overhaul of the MCC done I've been hoping they would announce that they are bringing it to Windows 10, and that if you do already own it for the Xbox that you own it on both, I just hope they don't try using that streaming services they're working on to bring it to PC.
T

Raevenlord said:
Easier to port Guardians than MCC as a whole - they're still working on it for the definitive Xbox One X version, if I'm still in the loop about that.

if reception for Guardians is good, they'll likely work on porting MCC as a stopgap until infinite.
Click to expand...

Spoiler alert, it wont be. Halo 5 is a very Meh game, it's The Last Jedi of halo. Poor story, terrible pacing, poor multiplayer. 343 doesnt understand how to do level design, balance weapons, or engage with the community.
Last edited: Sep 11, 2018
G

I thought PC-version was already confirmed.

UT is dead. Those devs were pulled to work on fortnite.

System Specs
Yeah well, if it means having to purchase it through that abomination of a service called windows store, they can keep it.

System Specs
I will wait for the CODEX Edition which is MS Store DRM-Free.

TheDeeGee said:
I will wait for the CODEX Edition which is MS Store DRM-Free.
Click to expand...

nice way to support the game dev, have you ever asked yourself why they don't take to you some game?, maybe because there people like you who dont buy games? btw i think it will be online only and campaign suck in these sort of game, so definitively not worth warez'ing for you.
You must log in or register to reply here.
Share:
Facebook Twitter Reddit Pinterest Tumblr WhatsApp Email Share Link
Top