I've a relative same issue than others seen on this forum... but information given to solve it doesn't worked.
I've a MSI RX 580 ARMOR 8Gb OC bought on internet, probably an ex mining card.

After repairing faulty gpu (artifacts on screen, 2 columns) the card remain with an error code 43 under windows 10 x64, after a fresh install.
Here is my setup :
Here are my testing information :
BUT

Cause I was tired with this card (and windows), before hanging me up, I tried to install the latest Ubuntu release.
And, after installing the latest AMD drivers for Ubuntu from the AMD website, the card run just perfectly (played about 30 minutes Witcher 2 with ultra level details without any freeze, artifact or slowdown).

I don't know the difference in graphic card management between Windows and linux but the hardware seems to work correctly, without any issue une Ubuntu.
So it's for sure possible under windows 10 too.
Maybe it's juste a wrong vbios issue.

You'll find some pictures from the cards and other clues... please help, I'm loosing my nights on it

First of, restore the original BIOS, if you don't have a backup, see this thread for more details.

If the card can run 3D content in Ubuntu, it should also work on Windows.

Use AMD Cleanup Utility, and DDU from safe mode, and then install the latest driver from AMD's website.
R

Thanks friend.
I'll try and notify community of the success or fail.

Here are my last try :
Rebooted... no more success.

I disassembled the fan cards and noted the type of RAM. It's a micron memory with :
8FB77
D9VVR
Writted on it.

I googled these references and found this page :

www.micron.com
D9VVR is a FBGA code for 8Gb chip MT51J256M32HF-80 (or chipset cause all chip on this boards have the same FBGA for a total memory size of 8Gb)

Is it possible to have a TV341MH.653 version that's not fully supporting the embedded micron chips ?

Your problem isn't related to the BIOS. If it works in Linux, it is most likely a problem with Windows or configuration.

Hello friends.
No better luck with this one cause its the same I used before.

A faulty component may be the origin of the problem but I don't know how to spot it and why I was able to run a game with "ultra" details mode under ubuntu without any problem.

I tried another time to swap for ubuntu but this time, after successful install, the computer freeze after reboot and all the fans start to run at full speed for few seconds (no error code on motherboard and no display on screen).

I'll try other way and let you tuned.

System Specs
No name power supply, likely junk I'd replace that ASAP when you sort your gpu
R

I had a first look to PCB.

One of the component seems to be unsoldered. The component reference is U1000 but I don't know what kind of component it is and can't read the microscopic reference writted on it.
As you'll see, it's an uncommon for me component layout cause we have 3 pins on one side only 2 on the other one (one is broken ?).
The pins are deformed and when I gently touch the component, it slided a bit (2 pins, on the side where there is only 2 have slided).

Is anybody have the same graphic card to take a shot of this component ?
It's near the 6+2 pin power connector. If on yours there is 6 pins (3 each side), my problem may come from there.


xman2007 said:
No name power supply, likely junk I'd replace that ASAP when you sort your gpu
Click to expand...

Will be the next step for sure

5 pin is normal but yours look broken.
R

Ok thanks... Just need to know what's the reference of this component !
R

Every attempts was unsuccessful.

I installed back ubuntu 20.04 in dual boot with bundled mesa driver, amdgpu driver (from amd.com official website) with

Without this option, on this release, the screen stayed black.

The computer takes some time to boot up (1 or 2 minutes), all the fans go full throttle, calm down and the screen display a nice picture with amdgpu driver activated.

Ok, it was not the good way.

The screen is blinking some times... Maybe it's a hardware failure.

Hello guys, i have litteraly same problem. just look at my pic.
error 43 from windows. btw i dont checked card on linux OS.
when I went to the store for warranty, they told me that I broke it myself and they wouldn't accept it, but I couldn't do it, I definitely didn't do it, and now I see that I'm not alone. I purchased this video card on June 11, 2020, and received it on June 18. I have an idea that this is a factory failure, and on a whole batch of cards.

Whoa, looks like yours is pretty damaged ! Maybe it's a "factory" processing issue.
Yours clearly have a broken leg.

I've not find any solution to solve this error code 43.
Let me know if you manage to make it working again

As addition to my previous post, I swaped my PSU for a new one with 900W power supply

After further readings, U1000 is a logical AND gate.
Found some measures on russian forum but haven't try to test it yet.
R

I don't know if it can be considered as a clue but i completely removed the U1000 component (2 legs of the SMD was unsoldered / ripped from PCB with pads) and the error 43 is still there.

So, the faulty SMD component may result of the error 43 issue.

Any idea of the exact reference of this smd ?


Dreadn0ught said:
Hello guys, i have litteraly same problem. just look at my pic.
error 43 from windows. btw i dont checked card on linux OS.
when I went to the store for warranty, they told me that I broke it myself and they wouldn't accept it, but I couldn't do it, I definitely didn't do it, and now I see that I'm not alone. I purchased this video card on June 11, 2020, and received it on June 18. I have an idea that this is a factory failure, and on a whole batch of cards.
Click to expand...

Regarding the test on linux, maybe the card has worked flawlessly because the two legs of SMD was barely connected.
I hope to find a AND GATE SMD and be able to repair connection pads.
T

Hello Reverso
Tell me how did you end up with the card?
I tell you that I have the same error as you describe it.
In my case I have 3 identical MSI RX 580 ARMOR OC 8Gb (Micron) cards that I used in mining.
All 3 cards stopped working!
I have not been able to revive them. Everything you have commented describes exactly what I have done without being able to remove error 43.
Apparently the recognition problem between the card and OS because it seems impossible that the 3 cards will fail the same day for the same hardware.
Tell me if you have tried something new, I will proceed to install linux to test them. I currently have Win10 x64 installed
C

I have the exact same problem ... error ! at device manager no matter how many bios i tried to flash

Do you have any solution for this ??

I bought 12 cards from somebody (probably used for mining)

I have the same problem too , any one have any solutions ?
S

Hello.
I have the same problem here. I used my Asus RX580 Strix 8GB (samsung mem) for mining in the past. Restored the factory VBIOS but nothing seems to get rid of the error 43. My card doesn't show any video and has the same parameters in GPUz as the ones stated above.

This is the only card out of 80 that I haven't been able to restore AND it's the only RX580 out of them. The rest of them were RX570 Strix 4GB and all of them are working perfectly.

If anyone else has other ideas I would greatly appreciate it!

in my case mine are not msi brand, they are XFX brand, no problem with that?
E

Any chance that this BIOS works for MSI RX 570 with the same problem? Drivers not working under Win 10, reboot and bsod repeatdly. 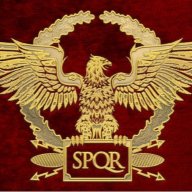 Dreadn0ught said:
Hello guys, i have litteraly same problem. just look at my pic.
error 43 from windows. btw i dont checked card on linux OS.
when I went to the store for warranty, they told me that I broke it myself and they wouldn't accept it, but I couldn't do it, I definitely didn't do it, and now I see that I'm not alone. I purchased this video card on June 11, 2020, and received it on June 18. I have an idea that this is a factory failure, and on a whole batch of cards.
Click to expand...

I am new to this forum, but i read all this article because i am in the same position as those 2 members who discovered that they miss some electronic piece from the back of MSI RX 580 8GB pcb.
I am in the same situation.
Does any1 found out what is the code of that piece or a better picture where we can see the serial of that piece?
Why ? because my brother in law is electronic engineer and he will repair my video card as soon as i find out what i miss from there.
OFC i will reply here with all the details of the process.
Cheers
I

I have the same problem after cleaning and replacing the GPU paste.
My card:
PowerColor RX580-8Gb
2

I bought two RX580 that were described as broken but the price was right and I thought well maybe....

Checking both I found U1000 missing. Since it was reported that these cards will run in Linux without it but not in Windows I suspect it was a mining card and people removed U1000 to push the cards harder.

Simply tie 4 and 5 together with a 1 to 12K resistor and the card will fire up in Windows. This assumes that the traces are intact. You need to figure out how to connect these two points if they are not.

I would be concerned that by doing this, you're bypassing some safety measure but I have no idea what. You assume all risks regarding the possible safety guards you may be bypassing.

I don't think it's too big of an issue as Linux ignores these lines anyways.

The widows drivers really play hard getting these cards setup after doing this, especially if you been trying and trying to install and weren't successful. First, it wouldn't see the card and I had to patch the driver. Then it wouldn't let me install the Radeon software, kept getting errors. The best luck I had was after a windows reinstall then patch the driver with the ATIKMDag-patcher.
Then install the AMD software and then set the card mode to compute. Use MSI Afterburner to tweak.

I now have the two cards up and running.

My Unmineable Etherium referral code is ums1-rnzd if you found this helpful and want to pay me back for this.