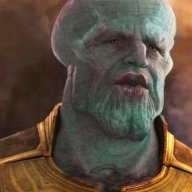 System Specs
Just wanted to put the information out there that it seems Vega 64 undervolting seems to not work properly anymore. This was tested by both me (Powercolor Red Devil Vega 64) and another person (Sapphire RX Vega 56 with V64 bios), where I was experiencing memory clock drops with voltages that were previously stable and core voltages sticking to ~1.1V despite applying 0.96mV P7 state. It turned out the only way to run the card stable was by increasing power limit, which increased power consumption from ~215W in Furmark to ~290W with the 1630MHz 0.96mV P7 state I was running and 1100MHz memory. The other person testing found their 3DMark Timespy results had reduced from ~7800 points on GPU to ~7100 points. I found undervolting could be restored by PPT modding my Vega 64.

As I did not use Timespy for testing, these are the results of the other person's Vega card.

My prior undervolting results:

Note, both mine and their cards are running 960mV core, however, this run was with 1670MHz applied on core and 1100MHz memory, whereas they ran 1630MHz core and 1090MHZ memory (hardly any real-world performance benefit). The CPU I was using in this test was a 10600K ES clocked to 5GHz.
You must log in or register to reply here.
Share:
Facebook Twitter Reddit Pinterest Tumblr WhatsApp Email Share Link
Top