P.S. Actually, strange, the results cannot be that broad. The question is - who is a liar?
Click to expand...

System Specs
For me, a battlefield exclusive gamer, it's a great buy. But honestly, I won't recommend it and I'm still hoping for driver improvements. Let's hope BF V is a showcase of what's possible with proper optimalizations.

System Specs
wondering why in this suite of game there is the presence of Dragon Quest XI. Seems that these suite of games at TPU are more NVIDIA advantage...

P.S. Actually, strange, the results cannot be that broad. The question is - who is a liar?
Click to expand...

PerfectWave said:
At GURU3D.com it is better then VEGA64 and in other games beat 2080
Click to expand...

@Wizzard: No 3D FutureMarK? I noticed from other websites, too.

CPU BOUND. their CPU is not fast enough to handle high-end GPUs properly at lower resolutions.

DEUX EX MD is an AMD title and use DX12. All AMD cards are strong in this game and beat their counterpart. 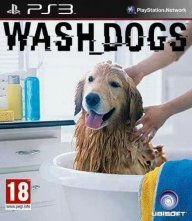 System Specs
So, another expensive, hot, slow and noisy flagship graphics card from AMD that doesn't really compete with NVIDIA. I'll pass, again. No wonder AMD get so much flak and NVIDIA charges what it likes for their cards and has a dominant marketshare.

I'll probably get accused of being an NVIDIA fanboy from AMD apologists, but I'm actually telling the truth. Just read the conclusion in this review for the evidence.

Can't wait for AMD to do a Zen with their graphics cards and I have some optimism that they will. Eventually.

PerfectWave said:
DEUX EX MD is an AMD title and use DX12. All AMD cards are strong in this game and beat their counterpart.
Click to expand...

Radeon vii is only good on dx12 games and on dx12 renderer is only behind rtx 2080 ti and by very few fps, so in turn if you will use only dx12 with this gpu then this is the best gpu for it to date x price. I'm impressed with dx12 performance, I'm depressed with dx11 performance.
U

It looks like AMD doesn't really give a flying f... about R7 lunch. I've lost all hope in AMD gaming GPUs. They don't even bother to do things that could be done effortlessly to make GPU look better. Why AMD?

I can see big variations in results between reviewers and almost all of them faced big driver issues. AMD messed another launch because of their drivers not being ready.

But point is that in most reviews, R7 is very close to 2080 @1440P and even closer @4K than what @W1zzard 's review shows. Maybe the drivers are responsible for this. Who knows?

System Specs
What all reviews agree on though is the terrible acoustics. Doesn't bother some folk but to many, quiet PC's are important. This card is frankly bettered by the 2080 in almost all gaming regards.

PerfectWave said:
wondering why in this suite of game there is the presence of Dragon Quest XI. Seems that these suite of games at TPU are more NVIDIA advantage...
Click to expand...

It was one of the first Unreal Engine 4 titles. It'll probably get replaced by a new game release next time I retest all cards

System Specs
So, a die shrink and some optimizations. Boring.
They didn't even enable the promised features of the first Vega (like Rapid Packed Math).

If it makes the company rethink and reinvent itself, like NVIDIA did, then this will be a good thing

System Specs
Not great for TSMC 7nm part frankly, but then it was always gonna to fall short of even Pascal, just shows what a gem the 1080 Ti was two years ago.
M

I would like to see Wizzard undervolt the card and rebench the power draw.


lynx29 said:
LOL maybe she does have nvidia stock, who knows.
Click to expand...

She would be sad if she got it at the peak.
L

GoldenX said:
So, a die shrink and some optimizations. Boring.
They didn't even enable the promised features of the first Vega (like Rapid Packed Math).
Click to expand...

RPM is enabled on Vegas, including Vega56/64 and has brought them some wins in game benchmarks. Unfortunately for AMD, Turings also have RPM.

moproblems99 said:
And before anyone says: We shouldn't have to undervolt it. We also shouldn't have to overclock because the cards should come out at their max. Undervolting is just as relevant as overlocking.
Click to expand...

I think that data set is interesting to see the results, but, that's about it.

I don't buy a card to turn it down to save power. I disagree wholeheartedly that UV is as relevant as overclocking. People don't typically turn their GPUs down (unless they have to), they turn it up (because they want to, and can).

Also, other party cards will undervolt as well. If this is able to UV/UC better, who knows (that is sample related too).

GoldenX said:
They didn't even enable the promised features of the first Vega (like Rapid Packed Math).
Click to expand...

Rapid Packed Math meant double rate FP16, pretty sure it is enabled on both.

I knew this gpu would be like vega 14nm + more transistors and few more things, I hate how hot it is but it cant be helped, I'm interested more on navi which if navi 7nm is what rx 480 was for amd on 14nm then we will have a winner if price is right.
U

moproblems99 said:
I would like to see Wizzard undervolt the card and rebench the power draw.
Click to expand...