System Specs
AMD today posted the latest version of Radeon Software Adrenalin 2019 Edition. Version 19.2.1 beta ships with optimization for "APEX Legends" and "The Division 2 private beta." It also improves performance of "Assassin's Creed: Odyssey" by up to 5 percent, when tested on a Radeon RX Vega 64 graphics card. The company also fixed a number of issues. 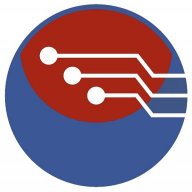