johnnyfiive said:
I wouldn't take any of these results seriously. By the time Anthem releases I bet both AMD and Nvidia will have a driver release that will improve performance. The VIP demo is not even using the gold build of the game (apparently it is using a 6+ week old build). I'd love a proper performance review of Anthem after it releases. Also, the amount of fanboyism around here is surprising and its sad to see. Come on dudes....
Click to expand...

is 144+fps really needed for playing rpg?
and those who have gtx 1080Ti and RTX 2080 or better should really play games at higher resolutions than 1080p anyway
unless they are making a living off CS

As I keep telling people in Toms forums we still don't need super expensive cpus like i9 9900K or even i7 8700K/9700K to play the latest triple A games
just save your money for a good high res monitor and a good GPU, unless of course you want to play games "professionally"
R

efikkan said:
What is your point? RTX 2070 is far beyond Vega 64, with nearly comparable fillrate.
Your claim is still incorrect, Vega 64 is not ROP limited, nor is it bandwidth or Gflop limited.

GCN's problem is saturation of resources, which is why it struggles more on lower resolutions than higher.


Don't mix in compression, that's not relevant for this.
Click to expand...

Wrong, If AMD is promoting async compute which uses TMU as read/write units, then there is ROPS bound issues.


efikkan said:
GCN's problem is saturation of resources, which is why it struggles more on lower resolutions than higher.
Click to expand...

Zubasa said:
GCN so far are Geometry bound, GCN has been stuck on 4 Geometry Engines since Hawaii / 290X.
Vega was suppose to have new features to by-pass that limit, but RTG never managed to get it to work, so it ended up just being a higher clocked Fiji.
One of the reasons why Polaris performs as well as Hawaii with half the ROP etc, it is still limited to 4 Geometry Engines (other optimizations aside), which is much less of an issue on a mid-range GPU vs a high-end.
Click to expand...

efikkan said:
Well, that's always the thing with AMD's GPUs isn't it? We're always waiting for that big optimization to arrive and finally unleash the performance. I remember it was claimed at the launch of both Polaris and Vega; don't judge it yet - it will become much better over time!

Don't get me wrong, AMD should certainly prioritize making the best drivers possible, and there might be some marginal gains to be had here. But their focus on "optimizing" is by manipulating the games (which Nvidia also does), and I'm sure that if they reallocated these resources on actual driver optimizations, they could get some gains.

But still, any driver optimization to unlock a massive gain is highly unlikely.
Click to expand...

Massive gains over time are a regular occurrence for amd cards. Just look at where all the amd cards sat a year ago vs now. 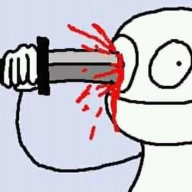 psyph3r said:
Massive gains over time are a regular occurrence for amd cards. Just look at where all the amd cards sat a year ago vs now.
Click to expand...

They are still sitting there as they were a year ago. No performance gain over time.
Last edited: Jan 31, 2019
E

rvalencia said:
Wrong, If AMD is promoting async compute which uses TMU as read/write units, then there is ROPS bound issues.
Click to expand...

Not at all. The reason why GCN get larger gains with some async compute workloads is underutilized resources. Nvidia is much better at saturating their GPU cores, and therefore the gain is much smaller.
R

Just FYI, AMD have a driver update to improve performance:

Wake me up when AMD releases a driver which gives 15% across the board. "Up to 7%" in one game is not going to cut it.

just FYI, read the article first carefully then come to comment. It's writter clearly that they used 19.1.2 version, the one that you gave the link.