Hello, I downloaded ts and only made core and cache uv from fiv settings, I got log records while playing games. And is there a problem, is there a setting I need to change?
@everyone @unclewebb

@pmclaW
Your log file shows lots of EDP throttling. What laptop model do you have?

To try to fix this problem, open the FIVR window and set IccMax for both the core and the cache to the maximum value, 255.75.
In the TPL window set Power Limit 4 to a value of 0. Also check the MMIO Lock box near the top right.

This tells the CPU to ignore the primary current limit registers.

EDP throttling prevents your CPU from running at its full rated speed. It is dishonest for a manufacturer to sell a consumer a computer with this hidden feature. Kind of like selling a new car with half the pistons missing from the engine.

Intel says the 10300H has a 45W TDP rating. It should run as fast as 4200 MHz when the four cores are active. Your log file shows that the CPU is being EDP limited to 3400 MHz or less and power consumption is being limited to 20W to 25W. That is not what you paid for. If I bought a laptop that was secretly using EDP throttling to reduce performance like this, I would have brought it back to the store immediately.

Hopefully ThrottleStop can be used to fix this problem but EDP throttling cannot always be fixed. Some laptops use an embedded controller (EC) to enforce a low ball current or power limit. Making these adjustments might not solve your problem.

The rest of your settings look good. If you are using any sort of manufacturer's software that can control the power plan, make sure that is set to maximum or ultimate performance or whatever your laptop model calls it. After making the above tweaks, try running another log file to see if it makes any difference. You should never be seeing constant EDP throttling in the right column of the log file like your log file is showing.
P

Monster(TongFang)
I adjusted the settings as you said.
only on the desktop, the speed drops by half during the mouse movement,video url: https://drive.google.com/file/d/1E9zOf6BqG08awIocjzOvFwvjPzJCCv0N/view?usp=sharing

It looks like the EDP throttling problem is gone. The CPU is running a good 500 MHz to 600 MHz faster in the updated log file. We're making progress!

Now PL2 power limit throttling is showing up in the log file. Like a game of whack a mole, fix one problem and a new one appears. Your computer appears to have set the PL2 power limit internally to 40W instead of the Intel recommended 45W value. The drop in performance is usually less than 100 MHz while playing. It is not right to do this but the amount of throttling is not horrible. ThrottleStop cannot be used to access or change the 40W limit that Monster has decided to set. Did you install any Monster control software? This hidden power limit might be part of some Monster fan control software.

In the TPL window, clear the Disable Power Limit Control box and check the Speed Shift box. Clear the C1E box on the main screen.

When I move my Logitech mouse, the CPU speed is rock solid stable at the maximum speed. If you are still having problems during your mouse movement test, you can try setting the Speed Shift Min value to 45 just to see if you can force the CPU to not slow down when moving the mouse. If this does not help, set this back to 8 when done testing. That is the minimum value supported by the 10300H.

Your log file shows that the MHz are not slowing down while playing a game. I think the MHz drops are being caused by having C1E enabled or one of the other C states when the CPU is lightly loaded at the desktop. Any mouse issues while in game?
Last edited: May 17, 2022
P

I adjusted the settings as you said.
I am using Monster Control Center software and corsair icue software. When I set the speed shift min setting to 45, I experience a mhz drop. While playing games, sometimes my mouse sensitivity works fluently, and sometimes there is slowdown such as input lag, can this be related?

pmclaW said:
sometimes my mouse sensitivity works fluently, and sometimes there is slowdown such as input lag
Click to expand...

This could be caused by poorly written mouse control software. For a test I would try removing this software and use the default Microsoft mouse driver. Try moving your mouse around again and watch for any MHz changes. Just curious. Not sure if there is any way to adjust DPI with the default Microsoft driver.

Does the Monster Control Center offer you any features that you need? If you need this software then continue using it. If it provides no benefit then get rid of it. I run as little add on software as possible. Some programs that look nice are a buggy mess under the skin.
P

i deleted two programs and mouse mhz doesn't drop anymore.thanks.
video url: https://drive.google.com/file/d/1mdMjhiWieEA91BOsqIW2Qm_2lOKuHzGc/view?usp=sharing
PL2 no need to fix right?
edit:After deleting the monster software, it only gave one pl2 warning, here is the log
edit2:I did a cinebench r20 test, any limit lamp was on and it worked at 4190 mhz, but the c0% values were not constant 100%, sometimes 94 sometimes 97, is this a problem? 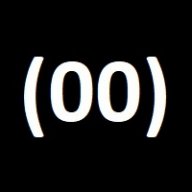 unclewebb said:
Your log file shows lots of EDP throttling. What laptop model do you have?

To try to fix this problem, open the FIVR window and set IccMax for both the core and the cache to the maximum value, 255.75.
In the TPL window set Power Limit 4 to a value of 0. Also check the MMIO Lock box near the top right.

This tells the CPU to ignore the primary current limit registers.
Click to expand...

ThrottleStop Limit Reasons does not work correctly if you have HWiNFO running in the background. HWiNFO resets the throttling information within the CPU. That is why Limit Reasons shows you this warning message.

While Cinebench is in progress, the C0% should be at or very close to 100.0% the whole time. If you are using R23 and you have it set to do a 10 minute stress test, it is normal for the C0% to momentarily drop between each image that it completes. As soon as it starts working again on the next image, the C0% goes back up to the max. Show me a log file while Cinebench is running if you have any questions.

Your log file shows that the CPU multiplier is very steady at 42.00 while playing a game. That is a nice increase compared to the start of the day.

Is the mouse moving smoother while in game?
P

mouse fluency is better now, but it gets heavier while playing sometimes.c r20 test log hwinfo off

You are pulling almost 60W now while Cinebench testing which is overwhelming your cooling system. Your laptop has set the thermal throttling temperature to 97°C so it looks like you are right on the edge of thermal throttling and bouncing off of that temperature limit. You need to improve cooling to squeak out a little more performance. For gaming, I would not bother. Your temps should be a lot better when the CPU is not fully loaded.

Having a 4 core CPU used to be enough. Depending on how much stuff is running in the background and if you are doing any streaming or running Discord, etc., you almost need 6 or more cores for some games.
P

now the computer is working much better than its original state, I can't thank you enough. Finally, do you have any suggestions for non-pumpout thermal paste?

I have not done any hands on paste testing in recent memory. I have heard good things about Noctua NT-H2. You need a paste that can withstand sustained high temperatures which are common in many laptops.

I just sent you a message. There might be a few extra Cinebench points hiding in that message.