System Specs
ASUS today announced the GeForce GTX Titan graphics card, based on supercomputer-grade NVIDIA Tesla K20X architecture. The new card delivers the world's most powerful single-GPU performance to PC gamers and multimedia enthusiasts. It is optimized for DirectX 11.1 and PCI Express 3.0, with a GPU clock of 876MHz achieved by use of NVIDIA GPU Boost 2.0 technology. The ASUS GeForce GTX Titan offers 6GB of GDDR5 video memory clocked at 6000MHz.

It presents the advanced graphics processing power required to fully enjoy the next evolution in gaming technology and multimedia in standards well beyond full HD 1080p. The ASUS GeForce GTX Titan ships with the user-friendly GPU Tweak utility in the box, which allows customers to easily modify performance parameters through a clear yet detailed interface.

Supercomputer-grade graphics power
The ASUS GeForce GTX Titan utilizes a design derived from NVIDIA Tesla K20X technology. NVIDIA Tesla graphics cards are popular in supercomputer applications used by graphics professionals, designers, and researchers all over the world. The ASUS GeForce GTX Titan uses 2688 CUDA cores and a 384-bit memory interface for its 6GB GDDR5 video memory, which is clocked at 6000MHz. As such, it delivers power that can easily handle the most advanced games and multimedia in resolutions above 2560 x 1600. It further supports smooth DirectX 11.1 performance, even with all effects and graphics settings set to maximum. For gamers and PC graphics enthusiasts, it arrives as the card of choice for next generation entertainment.

System Specs
sings, one of these things looks a lot like thee other. 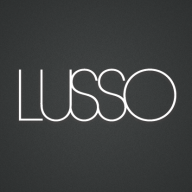