System Specs
ASUS this Computex expanded its Republic of Gamers (ROG) family with not just AIO liquid CPU coolers, but also high-end power-supplies (PSUs). The company showed off its ROG THOR 1200W Platinum, a fully-modular PSU with a design focus on practicality, software interface, 80 Plus Platinum rating, and high-grade components. We hear that under the hood, the OEM is SeaSonic, and that for the most part, this PSU is identical to the Prime Platinum 1200W, with the added digital interface, and aesthetic makeover.

Update: We went hands-on with the ASUS ROG THOR 1200W Platinum, and have more details. To begin with, the PSU features several RGB LED accents all over its body, including an ROG logo, which you control over Aura Sync RGB (for which there's an addressable RGB LED header). The PSU features up to twelve 6+2 pin PCIe connectors, two 4+4 pin EPS, and an OLED display that gives you real-time power-draw readouts. The cooling fan is IP5X dust-proof, and stays off under a load/temperature threshold. You can override the 0 dB mode at the push of a physical button at the back.

System Specs
Updated with more pics thanks to exclusive hands-on, because moar.

System Specs
I welcome it eventhough this might not be for me. Its good with new players that dare to push the market out of its innovation-idle. Also as they kinda have done with their AIO (the OLED on the pump), it might not be the average users wish, but if it can start up the other companies R/D then good! 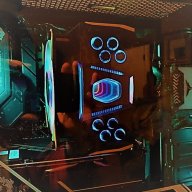 System Specs
Cool, a PSU that can be used as a hammer when it gives out.
A

System Specs
Do we know who is the OEM for this PSU ?
B

sith'ari said:
Do we know who is the OEM for this PSU ?
Click to expand...

It's based on Seasonic Prime Platinum, crmaris said that. 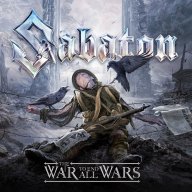 breixobaloca said:
It's based on Seasonic Prime Platinum, crmaris said that.
Click to expand...