System Specs
ASUS today introduced its flagship socket LGA2066 motherboard for Intel Core X processors, the Republic of Gamers (ROG) Rampage VI Apex. Originally announced alongside the Rampage VI Extreme, the Apex is positioned above it in the company's product stack; and is targeted at professional overclockers chasing down CPU and VGA performance records. Although built in the ATX form-factor, the PCB of the Rampage VI Apex features an asymmetric polygonal design. It draws power from a large number of connectors to stabilize each of its power domains; these include the 24-pin ATX, two 8-pin EPS, a 4-pin ATX, and a 6-pin PCIe power.

Power is conditioned for the CPU using a high-current VRM, which is cooled not just by the VRM heatsink, but also a secondary heatsink block under the I/O shroud, to which heat is conveyed by a heat-pipe. The board may not be as heavy as the Rampage VI Extreme in expansion, in featuring just four DDR4 DIMM slots (one per channel), for example; but makes up for with higher overclocking headroom. It features a plethora of overclocker-friendly features, including onboard buttons for key OC functions, voltage measurement hard-points for every voltage domain around the board, and diagnostic LEDs all around. The company didn't reveal pricing or availability.

System Specs
Probably $700+ dollars and coffee lake will be faster for cheaper.
M

The day people will realize not everyone uses their computer for gaming, and that saving 3 hours in a 20 hours render can pay their bills and their food in the end of the month.
D

buggalugs said:
Probably $700+ dollars and coffee lake will be faster for cheaper.
Click to expand...

Faster for what? Gaming? if gaming is the focus HEDT is not the way to go. That is how it has always been

Heavy multithreaded workstation use, this platform WILL be faster, that is a fact. 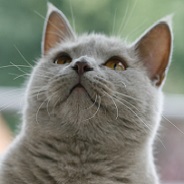