and I have come into a few problems.

When I first overclocked this board it would do a kind of false start when I would boot it up again which was quickly followed by a successful power up. It would boot into windows fine and would complete the sandra burn in computer tests. But after a few days it would come up on the screen during boot up that "overclocking has failed". I thought this was quite weird as my computer was running fine for quite a few days whilst I had been gaming also. My main concern though was the failed power up which was quickly followed by a successful one. I heard somewhere that this is simply a protective measure after and overclock?

The funny thing is I tried overclocking again and this time made sure my RAM was set at 1066 which is the stock speed... My processor was set at 400. It then booted up without a failed first attempt and worked fine...for a few days :shadedshu

It then came up with that golden chesnut "Overclocking failed". Im baffled. Because I thought that if an overclock was unsuccessful it wouldnt wait a few days to tell u.

Id appreciate any insight into this issue.

Another thing is that I tried to connect my old IDE harddrives up to the connection on the side of the board and it wouldnt recognise it? I tried 3 different cables...

System Specs
I second stanhemi's request for more details so we can help out better. As he said, the "false starts" are normal, don't worry about them.

The problem with overclocking failed appearing after a few days is quite normal if the system is unstable. Just because it can boot and run a few days without problems doesn't quite mean it's stable. Again, telling us what settings you are using we should be able to help out iron out that instability.

You mentioned you ran Sanda burn, but this won't stress your system in a way that determines stability. Try OCCT for 4hr or Intel Burn Test at high stress mode. Much quicker than a 24hr Prime95, but always good indicators.

Keep an eye out on temperatures if you try these.

System Specs
Right I filled out my system specs

Im planning on getting a new graphics card and harddrive very soon. they were just temporary as these were the only things I had.

Yeah I realise the false boot thing is normal the first time it happens... But it would do this everytime I powered up my PC. Could it be possible that the speed step is causing the overclock to fail after a few days? I havent enabled it but I read other places that this can cause a unstable overclock

Is the speed step enabled by default?

System Specs
just to be clear im not overvolting as I am new to overclocking and I would like to learn a bit more before I start tweaking Vcore voltages and such. So I have left the voltages alone... When I ran sandra tests it said that my CPU Voltages were higher than stock speed recommendation...

I Tweaked the RAM latencies down to 5-5-5-12 and managed to reduce the latencies by 10ns. Im not sure if this is good but any increase is a start?
K

System Specs
Speedstep is enabled by default, disabling it certainly should make a difference. Never overclock on AUTO because the motherboard will automatically increase voltage, most of the times way too high.

Here are the settings Stanhemi passed me, which I am using as well... different board but similar BIOS. Should give you some idea so you don't let the mobo fry itself. 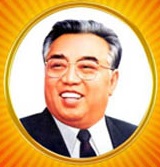 I have a P5E and it does exactly the same thing, its normal

About the OC failing, without knowing your system, we cannot help you

I use intel burn test, if it pass that it will pass all

System Specs
you have a Q9300 if I understood

I shall list that in my specs to avoid any further confusion.

Alright so these voltages you mention are default value or slightly above default to compensate for power needed to run higher speeds? And I would first try lowering the CPU voltage first after I have obtained a stable overclock? And then work my way over to the FSB voltage Ect?
Or would I change the voltages simultaneously? I thought changing them 1 by 1 would be the most sensible solution so u can see what is causing the instability?

Thanks for ur help by the way. I hope to gain a much broader understanding of how it all works. Im using this PC as a kind of learning tool and plan to upgrade to a more recent processor

System Specs
you should reach 400 fsb with all your voltage at auto except for the memory 2.1 volt maybe just a little more voltage on the fsb
Here is a screenshot of a Q8300 @ 3600MHz
http://www.overclock.net/intel-cpus/423312-q8300-overclocking-thread.html

System Specs
Why do I need to tweak the memory volt if I can leave all the other voltages on default up to FSB 400?

System Specs
Ahhh alright I see.. So basically we want to set the RAM volt at default so it doesnt exceed stock voltage? Like when u have to set the DRAM Frequency so the RAM is not overclocked?

System Specs
I see what u mean. My RAM was only performing at 800mhz when I left everything to auto. I had to set it at 1066. So I guess the same is to be done for the voltage