System Specs
ASUSTOR Inc., a leading innovator and provider of network storage solutions, has announced that it has added two new models to its 70 series NAS devices with the AS7004T-i5 and AS7010T-i5. These two new models utilize powerful Intel Core i5 quad-core processors and feature 8GB of built-in memory with mixed capacity expansion support up to a maximum of 16GB for enhanced flexibility.

When compared to ASUSTOR's previous generation of Core i3 models, the AS7004-i5 and AS7010-i5 provide significantly enhanced performance, especially with regards to multimedia playback, transcoding and the processing of large volumes of files. The AS7004-i5 and AS7010-i5 are both equipped with 2 Gigabit Ethernet ports which can provide balance and stability under high loading and heavy network traffic. This provides increased efficiency for multi-tasking and multi-user access. Additionally, the AS7010-i5 also comes equipped with a 10GbE network card expansion slot, allowing users to flexibly upgrade their equipment to operate under high speed network access environments.

"The AS7004-i5 and AS7010-i5 offer advanced performance that not only maintains the operational stability of the system, but also allows for the running of multiple Apps simultaneously, providing smooth access in multi-user enterprise environments," said Johnny Chen, Product Manager at ASUSTOR. "Furthermore, the AS7010-i5 features 10 disk bays allowing it to easily handle large multimedia files, making it the perfect choice for media professionals."

Compared to some QNAP models like the tvs-1282t3 its just missing a few features like up to 12 drive bays, dual M.2 ports, Thunderbolt 3 (4 ports), 64GB of RAM and processors options up to a core i7 7700. Possibly more but a lot of those features aren't necessary or at least aren't necessary if you want to cut the price down from about ~$3400 USD.

So if this ASUSTOR is reasonably priced it could be a great option. I'm thinking less then ~$1000 USD.
A

Might as well build my own at this rate.
O

If I were to do that it would be a good excuse to buy / build an AMD RyZen 7 1700 / 1700X based system or perhaps even an upcoming AMD Threadripper based system.
A

What? Are you nuts?

As someone who is in progress of building one, I'd shy away from high power systems. 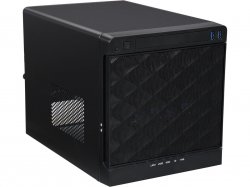 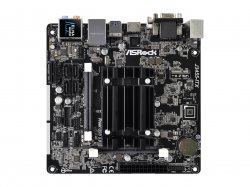 That's how a NAS should be built. What you are describing is over the top system.
K

alucasa said:
What? Are you nuts?

As someone who is in progress of building one, I'd shy away from high power systems.

That's how a NAS should be built. What you are describing is over the top system.
Click to expand...

Only 4 HDD... it's impossible to find a compact case with 10 or more 3.5" bay
Too bad asustor is using an old cpu with hdmi 1.4
I'd love to see a NAS with a recent ultra low power cpu, like they use on laptop
A

There is a 8 bay version as well. Still takes ITX tho.