System Specs
I will bone dry someone for a beta key right now! Anyway all you MW2 supporting bums take note. THIS is how its done.

A multiplayer beta for Battlefield: Bad Company 2 will be available on PlayStation 3 come November 19 and then hit PC in December, developer DICE announced today.

Those in North America can gain access to the PlayStation 3 beta by pre-ordering the game from GameStop, with those in Europe and Asia told to be on the lookout for "local opportunities." The December-due PC beta, meanwhile, will be open to all.

But that's not all, as a downloadable multiplayer demo will hit PC, PlayStation 3 and Xbox 360 "early next year," presumably before the shooter's retail release on March 2.

And here's what DICE had to say about Africa Harbor:

Up to 24 players can compete in one of the game's four intense multiplayer modes called Rush. This new map displays a superb balance of vehicle and infantry combat, as the American assault unit attacks the Russian army base with full force, advancing further through a beautiful desert town and towards the industrial area in a desperate attempt to overtake the Arica Harbor. Heavy vehicle warfare on the first bases gradually turns into an intense infantry fight as the level progresses, showcasing this best-in-class online war experience.
Click to expand...

System Specs
give me a reason to preorder!!!

HolyCow02 said:
give me a reason to preorder!!!

Thank you for the "Thanks"!

I skeeted a little when I first saw those shots.

System Specs
What?! No one else thinks this is the baddest game since BF2?!

System Specs
hell yeah mail man!! this game is gonna rock! i cant wait for it, now only thing is what version to get? pc or 360? i think we all know what one im going to choose : D
The audio on the first bad company was, so damn good, i cant actually explain how brilliant it was in the first game on a 5.1 surround sound system.
i think we have a MW2 killer here! just need to extremely over hype the game, cut the SP storyline to about an hour and a half then nerf the pc version completely! oh, dont forget the playable terrorist cut scenes! Tis the one game i cant actually wait for!

System Specs
It's gonna be DX11 if i remember correctly. they done a huge presentation about the frostbite 2.0 being all done in dx11.

TheMailMan78 said:
What?! No one else thinks this is the baddest game since BF2?!
Click to expand...

) and so is this one, reading this news makes me wonna play BF 1943 right now, but cant reach lol

Stonesour767 said:
It's gonna be DX11 if i remember correctly. they done a huge presentation about the frostbite 2.0 being all done in dx11.
Click to expand...

DX11, are you series, never knew about that, Awesome

System Specs
http://ve3d.ign.com/articles/news/46228/DX11-Ported-into-Battlefields-Frostbite-Engine
they did do a presentation like i said before but i cant remember where it is now.

CHAOS_KILLA said:
DX11, are you series, never knew about that, Awesome

System Specs
Holy donkey ballz, that would be sweet!

System Specs
im gonna preorder this game for sure

dir_d said:
im gonna preorder this game for sure
Click to expand...

Same here, just finished playin BF 1943, and it was funny

, i kept on annoying this guy, shooting him down with my plane, but he got me too, fun times 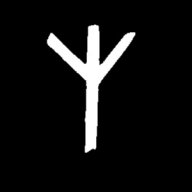 System Specs
Wow i can not wait for this game. I loved the first one and I am so glad its coming out for pc.

System Specs
This and a 5850 are in my foreseeable future.

System Specs
Im so happy i gots a PS3 slimmy, cant wait for the beta!!! its gonna rock!!!

System Specs
HALLELUJAH! I'm getting this for PC, but gonna have to preorder it on PS3 to tide me over. 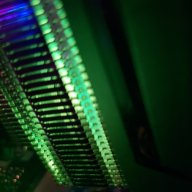 System Specs
BF:BC2 beta will have more players than MW:2 on PC.

I cannot wait for this game. Piss on IW and their lazy ass port. This is how to make a game properly and continue delivering top quality content the community will respect you for.

The highlight of my year will be playing this BETA... and I got married this summer. <-- Don't tell my wife.

Location
the uk that's all you need to know ;)

System Specs
stop it my keyboard is wet with

System Specs
AWESOME! This makes up for the failure that MW2 is!!!
M 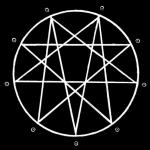