BD PRO Going on and off without overheating

So i'm running windows boot camp on an iMac Late 2014 (i7-4790K 4GHz, AMD Radeon R9 M295X), and I've been having overheating issues for a while now. Even on light load the CPU and GPU would overheat. So I got Throttlestop, and I can't undervolt anything because it's bootcamped, so I was forced to just reduce the cpu clock (and by a lot, like more than halve it.) and get MSI Afterburner and reduce GPU clock by half too in order for the computer to even work. I know the best option is to replace it or to get support from apple but its an 8yr old computer and that's going to cost a lot of money. But even after I decreased the clock on everything by so much, the computer still works pretty good on most things, even though it should be tenfold better.

However recently, I started playing games on the computer, and even though the CPU and GPU aren't overheating (they are still pretty hot though, even with the clocks all reduced), BD PRO keeps going on and off after a while (30 or so mins) and I don't know whats causing it. It might be another component that's also overheating, but I don't know how to fix that. Log is attached. It starts near the end at 20:01:37 and if you look before that points you can see that the GPU hits 95 and BD PRO doesnt go off, but later it goes off when CPU is 80C and GPU is 85C (which is normal for this old computer, crazy ik). Any help would be appreciated!

If you do not want BD PROCHOT going off all of the time then clear the BD PROCHOT box on the main screen of ThrottleStop. This is how you tell the CPU to ignore whatever sensor is sending external throttling messages to the CPU. Is this a good thing to do? Probably not. I am not familiar with Macs so I have no idea what sensor is sending these messages.

If you have to reduce the CPU speed in half then there is obviously a major cooling problem. Many iMac laptops have known cooling issues. You can either take the laptop apart and try to fix the thermal problem or you can use ThrottleStop to reduce performance some more.
G

Damn, i guess this mac's gonna have to retire

Pull it apart. Use it as a learning experience. If it does not run when you are finished, that is not much different than how it is running now. Unusable either way.

Could always sell it as is. People like Macs, even old ones. Not sure why. Someone might be happy with its abilities to surf the net and not much else. 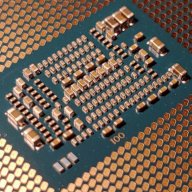 System Specs
If you dare...