Black holes grow by drawing in material including other black holes that venture too close, and in this case the black holes from the three galaxies have merged.

Dr Lisa Harvey-Smith from CSIRO Astronomy and Space Science and her team knew of a strong source of radiowaves, known as an astrophysical maser, in the group and pointed the array of antennas toward it. Knowing the speed of the gas they were able to directly measure the mass of the black hole that was causing the gas to swirl.

A black hole can form after matter, often from an exploding star, condenses via gravity. Stars can come close to a black hole, but as long as they're in stable orbits and moving fast enough, they won't enter the black hole. Scientists think every massive galaxy, like the Milky Way, has a massive black hole at its center. The ubiquity of black holes is one indicator of the profound influence that they have on the formation of the galaxies in which they live.

Combined image of NGC 1332 (73 million ly from Earth) shows the central disk of gas surrounding the supermassive black hole at the center of the galaxy. New ALMA observations traced the motion of the disk, providing remarkably precise measurements of the black hole's mass: 660 million times the mass of our Sun [This is ~ 150 times the mass of the black hole at the center of the Milky Way]. The box in the upper left is from the Hubble Space Telescope and shows the galaxy's central region in infrared light and the dusty disk appears as a dark silhouette. The ALMA image, upper right box, shows the rotation of the disk. The red/blue region in the ALMA image represents emission that has been red/blue -shifted by gas rotating away from/toward us.

How does a black hole form?

A Moment of Science with Brian Greene


An interesting idea by Stephen Hawking:

An article for the American Physical Society explains that soft hairs on the black hole's horizon are composed of photons which get excited when a charged particle falls into the black hole. As such, these outer extensions would keep the equivalent of a virtual log of the objects that have fallen in. 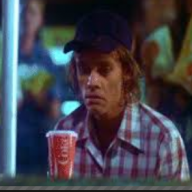 System Specs
I can go to the corner of my street ask one of them how they became a black hole?

System Specs
So my question will be at tha end part of this post but kind of related to the subject of thread. Drunk as I was I asked my cat what are its chances of beeing struck or passed trough by a high energy parcticle originated by a Novae causing a cancerous development in sayd cat, of course the cat did not reply. So of all the proxy stars any candidate for a Nova?
not sure how to phrase it but it had a component wich was a saying in popular folklcure I think that sounded like "starlight giving cancer"

I would think of it as no such survey made on all star data collected compiled etc has been made, if made results were about threat irelevant because unlikely?
edit before post I see two question marks, I should theres not egnouh R-OH, Good night.

I'm not sure what you're all talking about but if you're asking what is the near-Earth potential supernova the answer is IK Pegasi aka HR 8210.
Here's the reaaaaaaaaaaaaly old article (2002).

Nearest Star ( after our own Sun ) is Proxima Centauri ( just over 4 light years away )
so if by chance it went bang ToDay ( nova/Supernova ) we wont know for 4 years ( nova and super nova are detected by light burst ).

Some people have Speculated that Betelgeuse A Red Giant may already have collapsed and gone Nova,
well find out in about 400 to 500 years if that has happened
http://earthsky.org/brightest-stars/betelgeuse-will-explode-someday
Last edited: Jun 8, 2016

System Specs
Not that I was worried,nor am I, just that I was wandering if all sort of data has been studied , computed, compiled, what have you...., also you'z 'guys" didnt catch the catch diference between nova-supernova-hypernova if such diferences exist, sure they do but if theyr within 10%of eachother I got confused by them, therefore snap the trap did as I fell into.
I was wandering if there was such candidate was, (hypernovae at about 1Bly away coldnt care, supernovae at 10Mly couldnt care, novae 1000ly away ?and drifting and drifting, but not like thiss noob, cant find picture but there was an bmw e30 with the front wheels way outside the car like 1/2 foot past fenders, it was so ridiculous one could speel anything with room to spare. for example Neeeeeeeeeeeeeeeewb!
Sorry I cant contribute to thread with this post.
edit:misplaced "w" in newb; lack of dot at end of sentence.

This artist's impression shows the orbits of stars around supermassive black hole at the centre of the Milky Way. In 2018 one of these stars, S2, will pass very close to the black hole and present the best opportunity to study the effects of very strong gravity and test the predictions of Einstein's general relativity in the near future.

The GRAVITY instrument on the ESO Very Large Telescope Interferometer is the most powerful tool for measuring the positions of the S2 star in existence and it was successfully tested on the S2 star in summer 2016. The orbit of S2 is highlighted in red and the position of the central black hole is marked with a red cross.

A 30-year-old mystery about black holes has just been solved!

New interesting theory by researchers at the Institute of Corpuscular Physics in Valencia:


One of the biggest problems when studying black holes is that the laws of physics as we know them cease to apply in their deepest regions. Large quantities of matter and energy concentrate in an infinitely small space, the gravitational singularity, where space-time curves towards infinity and all matter is destroyed.

Valencian physicists treat singularity as an imperfection in the geometric structure of space-time.

This study is based on one of the simplest known types of black hole, rotationless and electrically-charged.


“We resolve the problem of the singularity, since there is a door at the center of the black hole, the wormhole, through which space and time can continue”, says Gonzalo Olmo.

The wormhole predicted by the equations is smaller than an atomic nucleus, but gets bigger the bigger the charge stored in the black hole. So, a hypothetical traveler entering a black hole of this kind would be stretched to the extreme, or “spaghettified“, and would be able to enter the wormhole. Upon exiting they would be compacted back to their normal size.

Matter wouldn't be lost inside the singularity, but rather would be expelled out the other side through the wormhole at its center to another region of the Universe.

Another problem that this interpretation resolves is the need to use exotic energy sources to generate wormholes. In Einstein's theory of gravity, these “doors” only appear in the presence of matter with unusual properties (a negative energy pressure or density), something which has never been observed. “In our theory, the wormhole appears out of ordinary matter and energy, such as an electric field” (Olmo).

I can watch this forever

First glimpse of a black hole being born from a star's remains
​
When massive stars run out of fuel, they die in a huge explosion, shooting out high-speed jets of matter and radiation. What's left behind collapses into a black hole.

The red supergiant star N6946-BH1, which is ~ 20 million ly from Earth, was once ~ 25 times the mass of our Sun. Scientists found that for some months in 2009, the star briefly flared a million times brighter than our Sun, then steadily faded away. It has disappeared in visible wavelengths, but a fainter source in the same spot is detectable in the IR, as a warm afterglow.

This should happen when a star that size crumples into a black hole. First, the star spews out so many neutrinos that it loses mass. With less mass, the star lacks enough gravity to hold on to a cloud of hydrogen ions loosely bound around it. As this cloud of ions floats away, it cools off, allowing the detached electrons to reattach to the hydrogen. This causes a year-long bright flare – when it fades, only the black hole remains.

There are two other potential explanations for the star's disappearing act: it could have merged with another star, or be hidden by dust. But they don't fit the data: a merger would shine more brightly than the original star for much longer than a few months, and dust wouldn't hide it for so long.

"It's an exciting result and long anticipated", says Stan Woosley at Lick Observatory in California.

"This may be the first direct clue to how the collapse of a star can lead to the formation of a black hole", says Avi Loeb at Harvard University.

What Happens When Black Holes Collide?

Astronomers using the super-sharp radio vision of the National Science Foundation's Very Long Baseline Array (VLBA) have found the shredded remains of a galaxy that passed through a larger galaxy, leaving only the smaller galaxy's nearly-naked supermassive black hole to emerge and speed away at > 2000 km/s.

Wormholes explained in under 3 minutes