The team behind the Bloodhound supersonic car is in Northern Cape to start running the vehicle.
www.bbc.co.uk

Bloodhound diary: South African trials get under way
A British team is developing a car that will be capable of reaching 1,000mph (1,610km/h). Powered by a rocket bolted to a Eurofighter-Typhoon jet engine, the vehicle aims to show its potential by going progressively faster, year after year. By the end of 2019, Bloodhound wants to have demonstrated speeds above 500mph. The next step would be to break the existing world land speed record (763mph; 1,228km/h). The racing will take place on Hakskeen Pan in Northern Cape, South Africa.
We're off! By the time you read this, Bloodhound will already have started the 5,500-mile journey south to its Hakskeenpan desert track in South Africa.
The majority of the team will arrive in mid-October, aiming to start high-speed testing towards the end of the month.
There's been a huge amount of work over the past few weeks to get the car ready.
It may seem strange that we've apparently left everything to the last minute but believe me, it's not by choice.

Read more at
BBC link above

The Bloodhound supersonic car has completed its first drive across the Hakskeen dry lake in South Africa.
Pilot Andy Green took the jet-powered vehicle on a gentle 100mph (160km/h) shakedown test run on Friday.
Bloodhound is in Northern Cape for high-speed trials as it works towards an assault on the land speed record next year.
That mark - of 763mph (1,228km/h) - was set 22 years ago, also by Andy Green, in the Thrust SSC car.
Thrust broke the sound barrier in the process - the first, and only, car to have achieved the feat 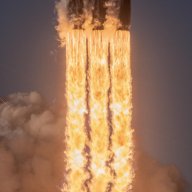 System Specs
Nice to see this still moving along. I have followed it off and on for years now.

‘Below about 400mph, the front wheels steer the car just like they do on your car. But above 400-450mph, the wheels start to work like rudders and it's the aerodynamic forces on the wheels that's doing the steering.’
‘Here at the Hakskeenpan on a 10 mile track we can accelerate for much longer, achieve higher speeds and investigate the car’s stability, performance and drag, all crucial as we move towards setting a new world land speed record.’
P

System Specs
Been a good read for work time this morning

Thanks for posting this up

The UK-led challenge to the land speed record ups its pace in trials in the Kalahari Desert.
www.bbc.co.uk

The Bloodhound supersonic car has reached its highest speed yet of 491mph (790km/h).
Tuesday was the sixth time the arrow-shaped racer had run across Hakskeen Pan in South Africa.
Each time it goes out, driver Andy Green pushes the vehicle a little more, gathering the data that will enable it to safely break the sound barrier, and the land speed record of 763mph.
That can't happen until 2020, when a rocket is added to the car.
At the moment, Bloodhound is operating on just the thrust of its Eurofighter EJ200 jet engine. But as Tuesday's outing showed, this vehicle has tremendous potential.
"The EJ200 caned the car all the way up to 500mph, or rather just a fraction under. 491mph," Wing Commander Green told BBC News

The Bloodhound land-speed record car is going green, with plans to use a zero-emissions rocket and biofuel in its Eurofighter jet engine, plus electric motors instead of V8s. We wonder if it’ll be ULEZ-compliant?
How on earth do you have a zero-emissions rocket? Well, put simply, a rocket is merely a fixed vector for thrust. What creates the thrust is up to the user, and in the case of Bloodhound, it will be concentrated hydrogen peroxide. All it will emit is water and oxygen.
The record attempt, which should see the LSR hit speeds of more than 800mph, is earmarked for the third quarter of 2021.

System Specs
I can't wait to see this happening!!