System Specs
Industry sources indicate that NVIDIA has acquired a QPI license to manufacture desktop core-logic (chipset) for the upcoming Nehalem-based processors. NVIDIA looks at a quick-fix solution to offer SLI support for the upcoming LGA-1366 motherboards. It's too late for them to prepare a full-fledged chipset since X58 is dressing up to go to office and that's slated for as early as Q4, 2008. The quick-fix solution is that NVIDIA offers a certain chip that can be used on X58 motherboards that allows those boards to support NVIDIA SLI. This solution is in many respects similar to the Intel D5400XS "Skulltrail" board, where two NForce 200 (BR-04) chips were used alongside the Intel 5400A northbridge that allowed 2-way SLI. The NVIDIA BR-04 chip costs US $30 for motherboard manufacturers.

As for Lynnfield, NVIDIA will try to debut a full-fledged LGA-1160 motherboard since there is ample time to work on that. The quick-fix ensures that when LGA-1366 X58 does come out, and NVIDIA doesn't have a chipset ready, the advantage of multi-GPU doesn't go to ATI since X58 supports ATI Crossfire and is already touted to support 4-way ATI Crossfire X technology. LGA-1160 boards lack QuickPath interconnect as a chipset bus. Since NVIDIA lacks access to QuickPath technology, it can continue to use its competitive HyperTransport link which it's been using since the NForce 2 days.

Don't expect too many of these SLI LGA 1366 boards soon though. Reason being that each BR-04 chip costs $30, requires motherboard makers to re-design their motherboards (since most vendors seem to be ready with their X58 board designs), and a redesign would push back entry by a few months (for release of these SLI supportive boards).

System Specs
In other words:

I lopped off a part.

System Specs
Sweeeeeeet!!!!! SLI and XFire on a standard desktop board. This is what I'm holding out for. 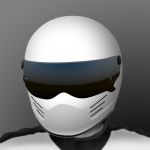 System Specs
"each BR-04 chip costs $30"
Translation in retail: the SLI enabled motherboards will cost 50 to 100$ more depending on manufacturers!
Also, I hate the two socket strategy Intel is going to use: it means less flexibility for chipmakers like nVidia, increased costs for board manufacturers, less upgrade paths for endusers and so on. And guess who has to put up with these "small consequences"?! Us, the users

Dark times are coming to the CPU market!
M

System Specs
Wait, who said that the mobos with the nVidia chips will be dual-socket?

System Specs
Nobody said dual-socket either.

System Specs
its still about time, if they could convert the intel nb over two chips through a ht bus for skulltrail, then why not? im glad that this is emerging, intel chipsets are far more available in the market, with the ability to sli, the future looks even more noob friendly

edit: well as long as it 'paves' the way huh

Master_of_Time said:
Wait, who said that the mobos with the nVidia chips will be dual-socket?

I understood his comment about LGA1066 vs. LGA1366(I think??). But yes Wile E, very interesting indeed, but could be taken the opposite way as well, why add the chips to the end users board that does not want them?

System Specs
That schematic just shows how X58 and Ibex Peak deal differently, and of how X58 + SLI works.
W

i'm sure recent price/performance of 2xATI cards on widely available intel mobos , forced Nvidia to give its SLI technology to Intel .

System Specs
Very nice, Intel Chipset boards with SLI. This is what I've wanted for a long time. I still wish nVidia would just allow it without the stupid extra chip though, but I guess their chipset devision has to make some money some how, even if it is charging $30 for a chip that does absolutely nothing. 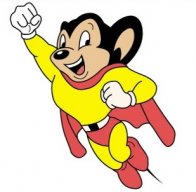 System Specs
sweet finally the ability to buy one board and still have the option to run the fastest graphics cmbination from either party. that's somethign we haven't seen since the agp days lol.

yogurt_21 said:
sweet finally the ability to buy one board and still have the option to run the fastest graphics cmbination from either party. that's somethign we haven't seen since the agp days lol.
Click to expand...

But you could only run one card on AGP, so what's the same as the old days?
S

It would make the most sense to have Nvidia commission the design of a reference board from Foxconn or one of the other big manufacturers like they do with the current Nvidia reference 750i, 780i and 790i boards, and have EVGA, XFX, BFGTech etc brand those boards with a couple of tweaked designs like the FTW series from EVGA. Asus, MSI etc. would probably design their own boards soon after.

Also for those who think the Nvidia chips do nothing - in addition to the SLI bridge, the Nforce chipset does have a proprietary function that allows the SLI cards to talk to each other via their PCIe interface point to point through the chipset without going through the CPU or rest of the PCIe bus, unlike normal PCIe cards. In reality, I would be surprised if this made more than a 2% difference in performance under some circumstances. The user-made diagram above does not reflect this. There were some official Skulltrail diagrams that showed this better.
Last edited: Jul 13, 2008
You must log in or register to reply here.
Share:
Facebook Twitter Reddit Pinterest Tumblr WhatsApp Email Share Link
Top