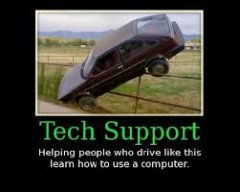 System Specs
Bottlenecking, lately when I see people build PC's they are always worried about "bottlenecking" or when they get poor performance in a video game they blame their PC having a "bottleneck". The stigma that anything low to mid-range being a "bottleneck" is grinding my gears, "I'm building a PC for gaming, will my 860K bottleneck my 970?"

A bottleneck by definition is: A lessening of throughput.

The mishandling of this term is just driving me mad lately, being it "PC Builders" on YouTube who have sprouted up doing reviews of low to mid-range parts and will throw the term "bottlenecking" to try and scare people into not buying a particular product.

So tell me, why is it that people are misusing this term? Is it gross incompetence? General lack of knowledge? Me? I don't really know. That's why I'm asking you guys to figure this out. 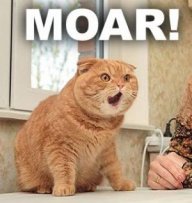 System Specs
If you have a mid/low end pc and put in a highend GFX, youre going to have a botteneck, period.

Ebo said:
If you have a mid/low end pc and put in a highend GFX, youre going to have a botteneck, period.
Click to expand...

That's not necessarily what I'm going after with this.
E

System Specs
Because a low end cpu can 'bottleneck' games or cards? There are tests at techspot which show [insert game here] with the same high end gpu but using several different cpus. While some of the titles are 'cpu bound' because of the type of game it is (think RTS), but others, it's the cpu not being able to feed the gpu in that particular game.

What is the 'proper' use of the term? I see a rant here, but not much else.

BirdyNV said:
That's not necessarily what I'm going after with this.
Click to expand...

You need to clarify then.. you sure are pointed in this direction!

System Specs
A thread for this? Its a vague term, I dont use it. Unbalanced or mismatched system would be more appropriate. Like a C2D with a GTX980 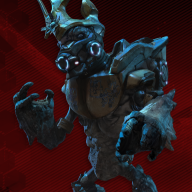 Estaric said:
Many reviews show gpu's bottlenecked by cpus throw a phenom vs an i7 an i7 is gonna get way more fps
Click to expand...

System Specs
First of all, don't take anything on Youtube seriously and your view on humanity will radically change - for the better.

Second, every system has a bottleneck. There is never a perfect balance. What matters is if you will notice it and whether you can fix it.

As always, devil is in the details. People who look past that, end up with shitty rigs. Their loss

System Specs
So you cant mishandle a term if it has no clear definition.
E

Jetster said:
But there is no industry standard for the term. What 10%, 50% in performance loss. Every AMD CPU bottlenecks a GTX 1080 at 10% or above
Click to expand...

does there need to be? The term just defines a very high level situation of 'slowing down another part'. You don't need to attach a specific value to it. It's bottlenecking at 10% or 50%.

EarthDog said:
does there need to be? The term just defines a very high level situation of 'slowing down another part'. You don't need to attach a specific value to it. It's bottlenecking at 10% or 50%.

So it becomes a slang term. Like "I drive a beater" or "I live in a low rent area". Its all subjective. The term doesn't belong in a review that's all
Last edited: Oct 4, 2016
E

System Specs
Why not? Just because the term by itself is subjective as to the 'level' it's on doesn't mean it shouldn't be used in a review. At times when the term is used it is backed up by data which defines 'how much of' a bottleneck or where it is. I haven't seen a misuse of the term much... at least not enough times to start a rant thread about it anyway, lol!

The example in the first post is a legitimate question!

BirdyNV said:
So tell me, why is it that people are misusing this term?
Click to expand...

It is not a misuse of the term. Your definition may need to be expanded as your definition is a bottleneck to your understanding!

In engineering, a bottleneck is a condition where the performance or capacity of an entire system is limited or being restricted by a single component, or small number of components, or a resource.

In a computer, there are many potential bottlenecks that come into and out of play, depending on the specific task at any given moment.

Potential bottlenecks include but are not limited to:

Youtube has been becoming sort of cancer lately. So much crap there.

System Specs
These are actually the kind of responses I was looking for.
A 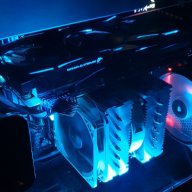 System Specs
The most common thing is a bottlenecked gpu by a slow cpu. Many users use a fx cpu with gtx 1070 for example. Or your own example of a entry class cpu with a mid class gpu.

Also bottlenecking is always present. If your cpu isn't the bottleneck the gpu is. But if you have a fps of over 100 it doesn't matter much.

Kanan said:
Also bottlenecking is always present. If your cpu isn't the bottleneck the gpu is. But if you have a fps of over 100 it doesn't matter much.
Click to expand...

Jetster said:
Okay let me clear this up. It your only utilizing 60% of your CPU and 80% of you GPU there is no bottleneck
Click to expand...

LOL just that it never happens usually. Also the bottleneck is the game settings or game then.

System Specs
Yes, semi ranty was the original post, but the effect I wanted was exactly this. Stir up some conversation. (insert yoda here)

System Specs
I've seen this since I've been here. It's common, I don't understand the rant. New people are introduced to PC building/gaming all the time. The first questions people seem to have is with "bottlenecking" and thermal paste.

Here's a slightly different angle on it, but it means the same thing, ultimately.

To everyone: thing is, whenever a PC is running (or any system for that matter, doesn't have to be a computer) there's always a bottleneck somewhere or it would run infinitely fast, so going on about one is a bit silly. It's the overall performance and where the bottleneck is that matters.

Let's say one has an older PC, especially an AMD one which can only achieve say 80-90fps in some game. Is it dumb to get a really fast graphics card for it and run it at 1080p where it could do 300fps? Not necessarily. All it means is that if you're happy with a solid 60fps, then just turn on vsync and the powerful card will then let you max out the details without it dropping any frames ie going below 60. I had just this situation with my old A3800+ back in 2009 before I upgraded to an E8600 CPU and it worked just fine.

Especially because your cpu is old the 6 cores help lift the limitation or bottleneck. GTA 5 uses the additional cores.

Kanan said:
Especially because your cpu is old
Click to expand...