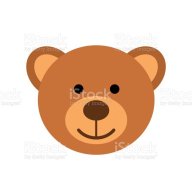 Why is it that I hear people say they have bought an Adapter it either does not work or it does not work properly? I bought this adapter the other day , I tried a 3.5 HDD to get XP on it a few times without success, since that time, after erasing the drive it just shows as a master on the start-up menu then goes off after a second, then says there is no drive The same thing happens in another 3.5 drive. It has no problem with a DVD or a 2.5 SSD or HDD. Why does it not work with a 3.5 drive and yet it works with DVD and 2.5 drives?
IDE CABLE why is the longest part of the cable so long and not the other way round?
The new cable 631.a cable. I want a short section to the motherboard and longer for the drives so I can have the hard drive as a Slave and a CF CARD IN THE PCI slot..Is that possible to get a cable like that? I showed this speed test to 68OLDS of a 2.5 HDD in the PC he said it was slow, what do you think?