System Specs
Can it?

System Specs
Could someone post a few graphics cards that use the 2.0 spec?
Ive been falling behind with my hardware of late lol.

francis511 said:
Pci-e has been designed to be totally backwards compatible( I think)
Click to expand... 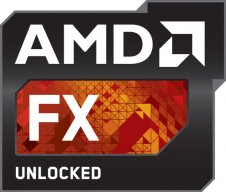 System Specs
pci-e is totally back wards compatiable its bacically an increase in the current 2.5ghz bandwidth of pci but the current selection of cards including the ultras and 2900xtx dont even saturate the entire bandwidth of pci-e 1 so dont feel you have to go out and get a new mobo just for your new 8800gt cause it wont sautrate your 1.0 bandwidth and i think the rv670 will be the first pci-e2.0 and dx10.1 compatiable card if it beats the 9800 which as of now its way ahead of it

Yes, but there's reported early issues with some PCIe 1.0 spec setups, especially those that are PEG slots running at 4X etc, nut for a standard 16X slot the issue should be minimal as they are designed to be very bckwards compatbile by spec.

Also the R600 and other RV6xx cards have been shown to run on PCIe 2.0 boards, and at the very least benefit fromt the additional power if not the improved signalling.

The R600 showed it before launch running on an early PCIe2.0 board with the need of only 1 of the two power connectors (the other 75W coming fromt the PCIe2.0 slot).

System Specs
Thanks everyone.

is there any benchmarks on the performance difference between regular and 2.0 yet?

and i hear that pci-e is as future proof as you can get in the computer industry ie (agp will be the standard format for decades to come 3dfx said well that never really happened lol) can someone back that up but the rumor is there already working on a faster 3.0 and that its basically unlimited the future bandwiths
E

patton45 said:
no because there should be no current peformance difference until the 9800s are out which might actually use more of the avaliable bandwidth currently an 8800 uses only about 60-70% of the avaliable bandwidth so until the new gen cards with gpu that can use i doubt you will see any reviews on the performance differences
Click to expand...

They say that like 40-60% of performance of two cards is lost in SLI though. Will PCIE help that? Or is it unrelated?

System Specs
no those issuse are not hardware related its nvidias incompetence to release a good working drivers when the 7800 gx2 and 7950gx2 game out the two 7900gtx could beat the quad sli of the other two because of drivers . nvidia has not perfected there teq so instead they just add more cards hence tripple sli the pci-e 2 just increase the bandwith and in turn increaseing the watts its doesnt affect nvidias own chipset and driver incompetence.

ex_reven said:
They say that like 40-60% of performance of two cards is lost in SLI though. Will PCIE help that? Or is it unrelated?
Click to expand...

Maybe, but that's more due to the fact that running multiple cards creates a large overhead. Because think about it, if you have one card rendering one frame and the other rendering the next, then you have to have something put them together send all to the same place and out put the images in different orders. I don't think they're running out of bandwidth.....yet.

System Specs
The main areas this should help near term are HyperMemory/TurboCache cards , those that use VirtualizedMemory (need WDDM support first though through DX10.1), and workstation cards which use large chunks of system and VRAM.
For most gaming situations you shouldn't see massive improvement in the current round of top gaming card because they're not as restricted by bus speed because the swaps don't happen as much as the information spend in the VRAM and in the VPU itself.

You might see a jump in the GTS-320 in some situations where it runs out of VRAM, but even then the improvement will be limited.

However you won't know until they're properly tested, while bandwidth doesn't seem to be an issue, improved latency could help alot of areas and we could se a small jump across the board, especially in min fps and texxture swaps. Heck, no one thought we used more than 8X bandwidth until they tested it and noticed that ther are a few occasions where it does make a difference. So since we couldn't test beyond the 8x->16X boost who knows, eh?
H

According to what? PCI-E v2 is fully backwards compatable. The two changes are signaling frequency 100mhz to 200mhz, and the specifications for the 8pin power plug.

Please share with us the reason you claim they are not compatable with 1.0a.
H

KennyT772 said:
According to what? PCI-E v2 is fully backwards compatable. The two changes are signaling frequency 100mhz to 200mhz, and the specifications for the 8pin power plug.

Please share with us the reason you claim they are not compatable with 1.0a.
Click to expand...

System Specs
Quite a few threads on XS mention that PCI-E 1.1 is required.

System Specs
How can one tell which PCIe one has? I assume my motherboard has PCIe 1.1, but it would be nice to know.
H

ghost101 said:
Quite a few threads on XS mention that PCI-E 1.1 is required.
Click to expand...

Frick said:
How can one tell which PCIe one has? I assume my motherboard has PCIe 1.1, but it would be nice to know.
Click to expand...


Fudzilla.com said:
PCI Express 1.0/1.0a not compatible with 2.0 spec.
With Asus latests P35 gaming boards, the Blitz Extreme and Blitz Formula, which are using an IDT chip to give you two x8 PCI Express slots instead of the normal x16 and x4 configuration of the P35 chipset, a problem has occured on the Asus FAQ.

It seems that the second slot is PCI Express 1.0/1.0a only and according to Asus, this older PCI Express standard isn't compatible with PCI Express 2.0.

The primary slot is PCI Express 1.1 and it doesn't have this problem as this version of PCI Express is compatible with the upcoming 2.0 standard.

So much for the new standard being backwards compatible...
Click to expand...

Your motherboard has got the 1.1 pcie

System Specs
Finnally, someone who does back up their posts with information. I am curious what motherboards have this issue, is it all older motherboards, or just ones with a older xfire/sli chipset.

I want to know why they are not compatable.

System Specs
I wasn't concerned about my motherboard having PCIe 1.0a.

What I am concerned about is this: