can someone answer a few question on ssd performance for me

im using a b450 mortar max and i have installed the drivers from msi web sight and installed them plus most recent bios. both ssd are not that old

im installing from my C drive to storage D

System Specs
You mention a motherboard, but not the actual SSD and the rest of your spec.
Judging from your screenshot though, that's a QLC drive, so if you've copied a lot of data, say you've most likely used up the "SLC" cache and you're about where I'd expect you to be. This is why you don't get a QLC drive. See review below for more.

Maybe fill in your full system specs in your profile as well?

System Specs
The QVO is awful at handling lots of writes, such as reinstalling all your games.

Essentially, you're just going to have to put up with abysmal performance until your reinstalls are finished. It'll return to acceptable performance once it's had some idle time but the QVO and any QLC-NAND SSDs are useless for intensive workloads. In future, avoid buying anything that says QLC in the spec sheet, and if it doesn't explicitly mention the NAND type, assume it's QLC - the spec often isn't mentioned because QLC is the worst NAND you can buy and rather than admit that it's bad NAND, they just omit the information and hope people buy their product anyway.
R

System Specs
ok thanks again for that information . i guess that explains why it was so cheap

from the link posted i read

The two main shortcomings of QLC NAND relative to the more mainstream TLC NAND are in write performance and write endurance. Both problems can be alleviated by the use of more NAND total, allowing writes to be spread across more NAND dies in parallel. That and the (hopes of) lower prices make QLC NAND best suited for large capacity SSDs. Thus, the 860 QVO product line starts at 1TB. Even at that capacity, the 860 QVO only needs 8 dies of QLC NAND and can only sustain writes at 80 MB/s. That means that the SLC write cache on the 860 QVO is even more important than for TLC SSDs
oh rip epic fail on a punches 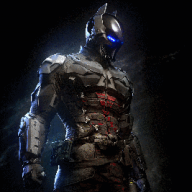 System Specs
How full is your SSD cuz filling it up to the brim could also contribute to reduced SSD speed. Make sure to also TRIM your SSDs to keep it optimized. Also if there is an update to your SSD's firmware/driver, make sure to update it along with your Windows OS.

Rei said:
Make sure to also TRIM your SSDs to keep it optimized.
Click to expand...

Modern OSes run TRIM automatically. There shouldn't be any need to perform a manual TRIM on anything from Win8 onwards.
L

System Specs
If this is when installing games, it is more likely that the use case dictates the speeds. Installing something is rarely a sequential affair where you see hundreds of MB/s speeds.

londiste said:
If this is when installing games, it is more likely that the use case dictates the speeds. Installing something is rarely a sequential affair where you see hundreds of MB/s speeds.
Click to expand...

On a QVO the drive is so slow after the miniscule SLC cache is burned out that 30-50MB/s write limits of the QLC-NAND are a genuine bottleneck. In this era of gigabit internet, an SSD that cannot write large pak files and other huge game assets faster than 30MB/s is a disaster. Whilst not all files in a game installation are sequential, the ones that make up the majority of the data are multi-gigabyte files, usually.
L

System Specs
I have a QLC drive (Intel's 660p) and while I can get to the bottleneck, it only really presents itself when the drive is 95+% full or I write hundreds of GB at a time. From reviews, I think QVO was able to do 70-80MB/s even after SLC cache is depleted and unless the drive is really full, there is a pretty sizeable faster cache. I would suspect what OP's is seeing is more about the drive usage pattern than straight-up QLC being slow.

Chrispy_ said:
Modern OSes run TRIM automatically. There shouldn't be any need to perform a manual TRIM on anything from Win8 onwards.
Click to expand...

That depends on OS's settings & SSD. My Win10 doesn't auto-TRIM (though I might've disabled that as I don't remember if I did). Some SSD can also auto-TRIM itself while other like the one I own doesn't.

@RodClutcher Apparently you bought quite a shoddy SSD. TechPowerUp already did a review on a similar unit to yours. Dunno if the the performance is quite similar to yours but should around the same ballpark.