System Specs
A Nikkei investigative report uncovered that two Chinese semiconductor fabrication firms, namely Quanxin Integrated Circuit Manufacturing (QXIC), and Hongxin Semiconductor Manufacturing Co (HSMC), have poached over 100 veteran semiconductor engineers from TSMC since last year. Both firms are recipients of government funding under China's ambitious plan of complete electronics hardware industry independence by 2025. Both firms were floated as recently as 2017, and began hiring specialist engineers and executives with connections across the semiconductor industry, from TSMC. The two began development of a 14 nm-class FinFET node that would support manufacturing of a wide variety of electronics components, including SoCs, ASICs, transceivers, and storage products.

Nikkei estimates that in a span of a year, Taiwan lost more than 3,000 semiconductor engineers to various start-ups in the mainland, including large semiconductor fabs. Sources in TSMC tell the Japanese publication that the company is "very concerned" about the flight of talent toward China, although it didn't believe that there is any immediate danger to the company's output or technological edge. The source advocated a national-level strategy by various Asian governments to retain talent, not through coercion, but by offering better incentives and pay than the Chinese firms flush with public investment.

I am not surprise China will try and poach people with the expertise to help them jump start their own fab. They cannot own the technology at this point does not mean they cannot get the people to help them to create their own.

System Specs
Well if they're now poaching physical expertise that probably means they're not able to steal IP designs via network hacks, as easily as they used to.
X

Great, more competition is always welcome, to help drive prices down a bit, everything is becoming too expensive.
D

watzupken said:
I am not surprise China will try and poach people with the expertise to help them jump start their own fab. They cannot own the technology at this point does not mean they cannot get the people to help them to create their own.
Click to expand...

Did China not get some knowledge in the AMD deal done 2-3 years ago in connection with the AMD platform for chinese goverment AMD-based ryzen cpu. The stock jumped 60% (i thought my mobileapplication was broken :S )
S

System Specs
They can't be bothered to create their own so they will steal from others who already did the hard work. 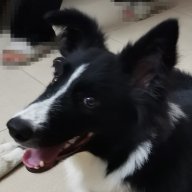 System Specs
They have always been poaching engineers from TSMC and UMC. Not sure if it was this many though
M

System Specs
This is why it is important for Intel fabs to recover.

Xex360 said:
Great, more competition is always welcome, to help drive prices down a bit, everything is becoming too expensive.
Click to expand...

AMD/nVidia or whomever, is the customer that wins, not the end-user that buys the product from those said entities, we get screwed. Once upon a time though... it did work like how you suggested.
D

System Specs
People will sell their soul for cash, if you think none of them would divulge TSMC secrets..
H

Dave65 said:
People will sell their soul for cash, if you think none of them would divulge TSMC secrets..
Click to expand...

With those pay packets + bonuses is it any surprise. Pay them a salary and they'd probably stay put.
I'm pretty certain secrets are divulged across the industry, regardless of country.

System Specs
The outflow will probably be sustained by China's "develop own fab at all costs" mentality. I think they are very consignant of the risks of getting shut off from fabs.

Interesting word, I had to look that up, at least now I am cognisant of it's meaning (or lack of).

The problem is the accumulation of Intellectual Property that may travel to China with the workers. Either in their heads (smaller risk) or deliberately stolen digital/paper copies of files/data/documents (theft). Theft of IP is internationally considered illegal but China doesn't seem to care if they benefit from it (eg. the last 50+ years).
The expertise is worth more than the people. The information is worth more than expertise. China wants to have their own FABs to avoid effects of any current/future foreign trade sanctions. It's for economic and military importance in China's favour.
Last edited: Aug 14, 2020
You must log in or register to reply here.
Share:
Facebook Twitter Reddit Pinterest Tumblr WhatsApp Email Share Link
Top