I've started a new build and because of my favorite game I'm second guessing my monitor choice. I'll go into what I've been playing on, what I'm upgrading to, and games I play.

My current set up isn't great, I play on a Asus G751JT laptop, it has a Haswell I7, 970m 4gb, 32gb of G.skill ram and a samsung evo SSD connected to a acer VG240Y. This info isn't really that important

Games I play. The game I play the most and is my favorite is Rust. So I would like my choice to be built around this being the main game I play. Other games in no particular order are Apex, Warzone, Starcraft 2,Diablos, HOTS, Bloodstained. I'm not moving from my GPU choice because I like to stream games like bloodstained to my Shield TV.

My budget is high to mid range (between 500-1k usd) I live in the USA. I want a monitor that's at least 27'' but a wide monitor would be nice,1440p would be a must but 4k would be nice, and last I want something that's at least 144hz but more wouldn't hurt. I guess my biggest concern is response time in Rust since it's a game that has lower FPS and I know some monitors response times can very depending on the FPS. This is where I need help. Thanks! 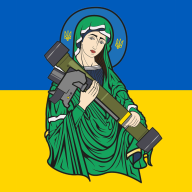 Thank you very much. It seems like I'm no longer interested in wide monitors but I do like the LG-27GN950 and 850 but I'm a little unsure. They seem to be the best across the board when it comes to response time and fps. But if I go with the 4k model will I really lose any performance? I've watch a couple of Rust 3080 youtube videos but none with the 5600x. The game seems to rely heavy on CPU and ram performance as well. I might just be over thinking it and it might not be noticeable. I look forward to anyone's opinion.
Thanks again
You must log in or register to reply here.
Share:
Facebook Twitter Reddit Pinterest Tumblr WhatsApp Email Share Link
Top