GPU-Z.1.10.0 sometimes freezes when i open it or when i try to export bios. But not everytime.

GPU-Z.2.34.0 freezes computer everytime when i try to open it.

edit: just managed to open GPU-Z.2.34.0 without freezing. Still i would love to know why it is doing that.

Have the same card -- newer Windows 10 OS ver. 2004 here though - and everything is mostly fine using LATEST 20.9.x drivers, the way it always was with latest 18.x in 2018, and 19.x in 2019 - I always update my AMD Radeon GPU drivers regularly, several times per year, and use any Beta driver updates showing - seems to work best for me.

If so, I think it is high time to switch to Windows 10.

If you are using the version of GPUz current at the time the latest Win 8 version of the drivers came, out, you should have the expectation that they will continue to function. My SUV didn't stop running X number of years after new models came out.

After the freeze, how long are you waiting before restarting .... sometimes Windows will try and relaod an app after it 1st fails to start and won't create a log entry until it's finished that effort.

System Specs
I don't drive (except my Scott road bicycle i.e. not a motor vehicle), but comparing PCs to cars is very lame in many people's opinions.

Comparing PCs with cars is a poor analogy.

System Specs
Just because one person likes to have the absolute latest drivers constantly updated is not a requirement that everyone else has to.
That goes for drivers or even OS's used.

If it works for them, good on them.

Been running a mix of Linux and Win 7 on the machine with my Radeon VII and everything works to my expectation with the 18.xx drivers in Windows.
Linux of course has it's own drivers and I've had no problems with it either. 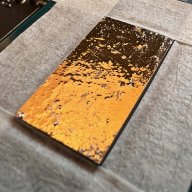 System Specs
seems like AMD have forgotten about 8.1 but not 7 and 10 which both use the same 20.9.1 driver version I know they dumped support for 8 which is understandable but to not keep 8.1 in the main loop is a bit naff

thanks! I'll try to repro, I have a 390, just need to find it in all my moving boxes

Did you happen to find anything ?

Bones said:
Just because one person likes to have the absolute latest drivers constantly updated is not a requirement that everyone else has to.
That goes for drivers or even OS's used.

If it works for them, good on them.

Been running a mix of Linux and Win 7 on the machine with my Radeon VII and everything works to my expectation with the 18.xx drivers in Windows.
Linux of course has it's own drivers and I've had no problems with it either.
Click to expand...

Sure, but you must realize you are crippling your system & GPU by using Windows 7, yes?

It would be much better running Windows 10 as OS. (Linux being OKay too, of course.)

Naki said:
I don't drive (except my Scott road bicycle i.e. not a motor vehicle), but comparing PCs to cars is very lame in many people's opinions.

Comparing PCs with cars is a poor analogy.
Click to expand...

What about making a statement after 1st declaring you have no knowledge/ experience on the topic ? Does your Scott road bike stop working when next year's model came out ? If you have a PC, a OS and a utility all to be known as functional at a given point in time .... what is your reasoning who they should not work ? Are we to expect that the hardware, OS 's and utilities are not clock or calendar compatible ? I see no "warning labels" on anything saying "This device may suddenly stop working for no reason whatsoever" or "after this date ".

We have a well know politician here in the US who loves saying "people are saying" but these people never have names, nor is any reason or source ever provided. It's the internet's way of saying "I have nothing at all to back up what I am saying". A functioning PC is the same in this respect as any assemblance of componentry. A car, like a PC, has a group of components, various circuit boards, a CPU that processors data from the sensors, software .... all of which it's owner has an expectation of continued usage until a part breaks and a compatible replacement is no longer available. Same with an expresso machine, phone, SmartTV ... drones, self driving cars... do these have expiration dates too ?

Naki said:
Sure, but you must realize you are crippling your system & GPU by using Windows 7, yes?

It would be much better running Windows 10 as OS. (Linux being OKay too, of course.)
Click to expand...

When Win95 came out it coincided with PC Magazine's annual "roundup issue"where they would review 100+ PCs and publish specs and performance data. There were quite a few anomolies in the published article.

a) Readers thought it odd that all of the major vendors, submitted identical machines ... one with the current Win95 and the other w/ the just outdated W4WGs
b) The magazine, for the 1st time ever.... broke the performance charts in to to sections of the magazine.... one for the Win95 PCs and one for the W4WGs PCs
c) The two sections, for the 1st time very were not separated by 1 or 2 ad pages, but by 100+ pages.
d) They went into great detail about performance differences between various component (i.e. SCSI vs IDE drives)
e) And yet there were no comparisons of performance between the PCs w/ different OS's
f) When you tool the performance data from the tables, where Dell, Gateway, Comtrade and all the more popular system builders of the day submitted two boxes, one with each OS .... the W4WGs boxes averages a 40% performance advantage.
g) Prior to the Win 95, launch, every gaming provider in existence shipped their boxes w/ W4WGs ... after the launch, you had the choice.

At the same time, Infoworld published an article about the cost to US businesses upgrading their existing W4WGs boxes including hardware, OS purchase, new driver installs, training and IT support was $2500 - $4500 .... the joke at the time. "What do you call an IT manager who just upgraded existing boxes from W4WGs to Win95 ? ... the punchline was "unemployed".

No version of Windows ever, with the possible exception of Win10, has ever performed faster on hardware which was assembled initially with a previous OS. Even with Win 10, it was a mixed bag and a host of compatibility issues which is why MS produced an app which has a singular purpose of checking whether your existing box was ugradeable to Win 10.

Consider that Windows 7 remained the greater market share up until December of 2018 .... 3.5 years after Win 10 was released .... given that the average turnover rate between new PCs is 3.5 to 4.0 years .... that doesn't exactly support the case that most folks think putting a new OS on old hardware is a good idea. We have been building Windows PCs going on 30 years. We have only participated in OS upgrades when the user, purchases a new boot drive, keeping the original boot drive as a backup if things don't go well. In two instances everything looked fine ... until the box was brought back to the user's office and found out that there were no Win10 drivers for their $12,000 Multifunction Office Printer or the $18,000 wide format plotter.

Let's look into this crippled claim ... and if it can be validated by actual testing.

Application Performance. Windows 10 is put to the test to find out how it fares compared to Windows 7 and Windows 8.1 in various aspects of the operating system...

In short ... where's the crippled ? Actual test data says no. The important thing here is not who won how many and who lost how many ....it's that the differences are so small that they would be beyond the users ability to observe. To borrow a phrase from the immortal Inigo Montoya ... "I don't think that word means what you think it means".

We also have to address propaganda that those who remain on older "unsupported" OS are threatening the security of the world, I have to ask ... we have seen the doomsday prophecies from CPU fanbois pointing fingers at each other regarding security vulnerabilities due to flaws in CPU design .... but with all the disaster predictions, where are the slew of published horror stories detailing "look what happened to this poor guy" ? We have a mix of Win 7 and Win 10 systems and the Win 10 boxes require more IT time. We use 3rd party firewall, malware and AV protection which perform better than what Windows has to offer ... a fact documented by published testing .... not opinion. I have twice cleaned my sister-in-laws machine ... 1st time had over 1200 infections ..... 2nd time almost 600 ... 6 months apart using MS built in protections. Of course my wife's family seems incapable of resisting clicking on any button thet says "FREE" or "COUPON".

We have many users for whom we have built PCs.... at this point in time about 2/3 are on Win 10 which was installed on new systems. No of the remaining 1/3 has had even a hint of a problem. The disaster claims are akin to the claims of politicians who say "If my opponent gets elected, the country will collapse. "

Here's MS's example of the threat of "out of date" systems.:

Microsoft antimalware telemetry immediately picked up signs of this campaign. Our expert systems gave us visibility and context into this new attack as it happened, allowing Windows Defender Advanced Threat Protection (ATP) to deliver real-time defense. Through automated analysis, machine learning, and predictive modeling, we were able to rapidly protect against this malware.
Click to expand...

All the major AV vendors detected and prevented infection by this malware ... and also noted that

The first part is the main difference between WannaCry and the majority of encryptors. To infect a computer with a common encryptor, a user has to make a mistake, for example by clicking a suspicious link, allowing Word to run a malicious macro, or downloading a suspicious attachment from an e-mail message. A system can be infected with WannaCry without the user doing anything.... However, researchers would like to emphasize that patching the vulnerability will not deter the encryptor entirely. Therefore, if you launch it somehow (see the above on making a mistake), then that patch will do you no good.
Click to expand...

Also many of our users, including boxes here have been crippled by Win 10 updates. One of the 1st patches took out several SLI systems. We now rely on the MS-DEFCON system and postpone updates till Level 4 or 5 is reached.... it's made things more manageable, but Win7 boxes need no management other than paying renewal fre for malware / AV utility every 2-5 years. Much easier to pick what updates we want than prevent updates we don't want.

Almost 30% of Windows systems are still running Windows 7 .... they are by no means crippled and doomsday has not arrived.. Any knowledgeable Windows user is capable of are safely running their system without ... Here's a poll on why users are not upgrading:

Poll results: Here's why people are sticking with Windows 7 | ZDNet

Nearly 10% of the visitors to this website who are using Windows PCs are still running Windows 7. Why? The poll results tell a consistent (and occasionally surprising) story.

W1zzard said:
thanks! I'll try to repro, I have a 390, just need to find it in all my moving boxes

Just moved to a new house
Click to expand...

I know ur probably busy with big Navi but did u happen to find anything ? I love GPU-Z and have always need for it but now im afraid to open it so pc will lock up and i will lose opened work :/
You must log in or register to reply here.
Share:
Facebook Twitter Reddit Pinterest Tumblr WhatsApp Email Link
Top