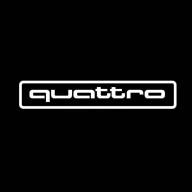 Mods:
I have added a white NZXT LED light (white & 1m) into the case.But i had to put some blue tape on the PSU to mount the controller card for the LED light. I will soon remove the blue tape and replace it with a black tape so it will looks better.

I have decided to upgrade my old computer to something much better, newer and to something smaller in a Mini-ITX format. I will be writing about it under here. The main reason i decided to go for a Mini-ITX build this time is to be able to take it with me when i’m traveling to my friends and family and at the same time have it as my main computer at home. And it’s to save some space on my computer desk.The computer case is only 331 mm (Height) x 208 mm (Width) x 233 mm (Depth) in size, so i can fit it into the most smaller hand baggages.I have somewhat figured out what my computer is going to be called this time. The name will be ‘Dark Nova’. But i might change the name in the future if i find a better suited name for the computer. If you have a tips or an idea on what i can call it, then just leave me a comment here on what you think it should be called.The computer looks great on the pictures doesn’t it?As you can see, it’s pretty up-to-date with the new Motherboard, Processor, Graphic Card, Power Supply and so on.I updated my 2x 1 TB normal harddrives to one 3 TB harddrive (in mid March 2015) as my plan is to only use one normal harddrive in my computer to save weight and space. That harddrive is not placed under the Graphic Card, but on the front on the inside of the computer case.I will also update my SSD to a Samsung 960 PRO 512GB PCIe NVMe – M.2 Internal SSD later (or something better) as i can use one directly on the motherboard and will also update my memory to a faster DDR3 2400 MHz CAS10 RAM with 16 GB of memory from Corsair later.My setup is aiming to be wireless to. My keyboard, mouse, headphones are all wireless. And hopefully i will have a wireless power to my computer and screen and wireless display signal to my screen somewhere in the future to :-D.
Last edited: Nov 10, 2016

Thank you. Yeah, the Lian-Li case that is in the same size and that looks kinda similar is the Lian-Li Q33. However, that case is double in price of what the Jonsbo U2 case is at.

System Specs
i love the way you make it so clean with that limited space.

mhikevin said:
i love the way you make it so clean with that limited space.

Yeah, believe me when i say it. The case was a pain in the ass to get so clean and stuffs. It's so small that if i would do one little mistake, i had to disassemble 80% of the computer just to fix that thing, lol.

The cable management was the worst part. 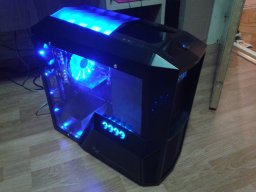 System Specs
Nice case. Even so it's small look's very good and i can se the hard work put in to. 9/10
I also use a TV in stand of a monitor at my pc