System Specs
That guy was my #1 hero by a longshot...

Gary Gygax, co-creator of Dungeons & Dragons and one of the fathers of tabletop role-playing games, died on Tuesday at the age of 69. He had suffered from heart problems.

The news was first announced on the message board of Troll Lord Games, the publisher of Gygax's most recent works. It has since been directly confirmed by the company, which will post an announcement on its Web site later Tuesday.
Click to expand...

System Specs
Much respect for him for him and his work . . . I think more people than would care to admit have had some kind of interaction with D&D over the years - a tragic and sombering loss . . .

System Specs
Ive never played D&D and dont ever intent to, but this is still sad. My condolences to his loved ones.
M

Never played D and D but he was a legend to many, he will surely be missed. 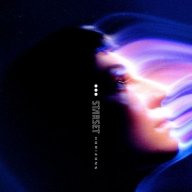 System Specs
We will all eventually fail our Fort Save......R.I.P.

Sorry for the bad joke. 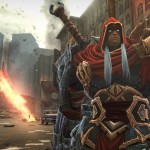 System Specs
god damn my gaming history and reading etc would be very boring without him..R.I.P ..hopefully angels can play some D&D

System Specs
He will be missed. I have his Greyhawk books (the 1st 2) as well as the ones by Rose Estes. I also have his Gord the Rogue novels that he continued on his own, after the first 2 Greyhawk Books. An excellent author and very creative Man - R.I.P.
You must log in or register to reply here.
Share:
Facebook Twitter Reddit Pinterest Tumblr WhatsApp Email Link
Top