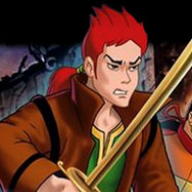 System Specs
I dont edit audio, but I am after tweaking my system. I've used DPC Latency Checker to measure the systems latency and found it is most likely caused by the Nvidia drivers. Nvidia has addressed this in the past and claims it was fixed.
Setup: AMD 3700X set to 4.0Ghz constant, with C-States disabled. GPU RTX 2070 no OC. Fresh install o Windows 10 2004 build 19041.421, only Windows10 default drivers and Nvidia Driver 451.85 is installed. Tried also moded W10 with removed bloatware (Superlite edition). Also removed all possibly AMD, Intel, Nvidia by Windows installed drivers with Display Driver Uninstaller and installed Nvidia Driver only, without PhysX, HD Audio, Experience, USB-C...

When I disable the Nvidia Driver in Device Manager

The latency is a lot lower

I did not try older Nvidia drivers as I like the Max Frame Rate option in the newer driver versions. As I dont have to run Riva Tuner or any additional software to have a fixed max frame rate.
I've ruled out HPET On/Off tweaking as the latency result was reproducible when disabling the Nvidia driver.

System Specs
Not seeing anything nearly as high as you do.

System Specs
The question is what problems do you exactly encounter ?

And why do you care? The program states "This machine should be able to handle real-time streaming of audio and/or video data without drop-outs."
M

Assimilator said:
And why do you care? The program states "This machine should be able to handle real-time streaming of audio and/or video data without drop-outs."
Click to expand...

It lags accumulatively.
The keystroke response is different between 50-150us.
This could be due to thread optimisation. It distributes the master thread into cpu threads in the driver. Nvidia also has this cpu software rasterization and this all new hardware accelerated gpu scheduling. Both are polar opposites in lag.
One has to consider one by one where the lag stems. He might need to enable gpu scheduling in the driver if it helps. Seems like multithreaded titles like gta benefit from it greatly. 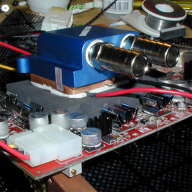 System Specs
Also, while in normal 2d desktop, your GPU probably clocks down (my 1080ti idles at only 139/405), which at least for me, makes my card a bit more unresponsive. When testing DPC Latency for gaming purposes in 2d desktop mode, I always lock the GPU clocks in MSI Afterburner; go to curve mode (tiny icon besides the "Core Clock (MHz)" label in main UI), select the node which represent something close to your normal gaming clocks, and press 'L' on your keyboard, a yellow vertical line should appear on that node, close the curve editor, and remember to Apply your new settings. Retest DPC Latency

Assimilator said:
And why do you care? The program states "This machine should be able to handle real-time streaming of audio and/or video data without drop-outs."
Click to expand...

Lets say I am sensitive to any kind of frame drop, micro stutter and lag. While I cannot influence how game engines handle this, I am at least trying to tweak my machine in a way, it minimizes it.

Enable/disable GPU Scheduling had no influence on the latency.

Fixed GPU clock did lower the overall latency but did not get rid of the spikes.

System Specs
Are the spikes still caused by the nvidia drivers? Also, LatencyMon from http://www.resplendence.com/downloads might be better suited for investigating the cause of these spikes, as you get more detailed reporting.

DPC Latency Checker is a Windows tool that analyses the capabilities of a computer system to handle real-time data streams properly.

The DPC latency utility runs on Windows 8 but does not show correct values.
Click to expand...

This tool is not compatible with Windows 8 or Windows 10. The data it shows is meaningless on these operating systems.
A

System Specs
Use LatencyMon instead.

System Specs
For the record I tested this a short while ago and latencymon says I have atrocious latency. Yet I notice absolutely nothing wrong and not only that, I discovered that it wasn't actually caused by anything Nvidia related, it was the fact that I was running 3200mhz CL18 instead of 3000mhz CL16. How about that.

I bet they claimed it was fixed because it never had anything to do with their drivers in the first place, at least not in all cases.
M

It is hard discussing lag with Nvidia users.

unclewebb said:
This tool is not compatible with Windows 8 or Windows 10. The data it shows is meaningless on these operating systems.
Click to expand...

You are absolutely right about that. Now with Latency Monitor also shows lower latency when Nvidia driver is disabled.

This is with GPU driver enabled

This is GPU driver disabled:

I will say this once. Install hypermatrix(timer resolution) and switch between clocks. HPET is not the quickest. You should settle for TSC, afaik.

System Specs
With Timer Resolution set to max - no difference

I haven't used timerbench. You can switch between 3 options when using hypermatrix. First is when you select hpet, it goes down to 0.1ms, deselect it to get 0.5ms and the default is 1ms. I think it sometimes goes to 0.25ms as well.
Anyway, if you aren't going to fix it, at least select whichever keeps it steady.
I'd go through shadowplay to thread optimisation to hw gpu scheduling(you have).
Last edited: Aug 8, 2020

So, are you going to disable your GPU driver forever to get the low latency you (think you) need, or are you going to accept that you're chasing snake oil and get on with your life and actually use your PC for playing games?

mtcn77 said:
I haven't used timerbench. You can switch between 3 options when using hypermatrix.
Click to expand...

Yeah that is it.

Just scroll around the settings. I just put out a notice, double clicking between maximum and default doesn't switch between the same settings.
Also, hpet timer in my instance caused repeating latency, like increasing until starting over. It totally skimped on the input response. Just take notice.

System Specs
So what are the 3 options? There is just max and default.
M