Today, on the official Twitter account of Fortnite game, Epic Games made an announcement that the game will receive an update on the 5th of August (tomorrow), that will bring some new features. Titled Joy Ride update, Epic Games promises that it will bring car support with it. In a tweet, the company says that "It's not just a name. It's a warning.", where it is referring to the Joy Ride update and the fact that it is going to change the gameplay dynamics of the game. So far, the only way to travel in-game on the ground was by foot, meaning that a car update will improve the speed of moving a lot. Let us know your thought on this update in the comments down below. 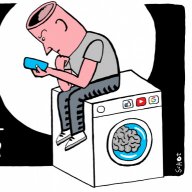 System Specs
My first thought was they created a mode that you can play while driving a car. Gotta keep busy in your Tesla, amirite.

Caring1 said:
It's incorporating a GTA mode?
Click to expand...

AleksandarK said:
So far, the only way to travel in-game on the ground was by foot,
Click to expand...