System Specs
NVIDIA GeForce RTX 3090 Ti is real, and coming to gamers miners within Q1 2022. The new SKU maxes out NVIDIA's largest silicon based on the GeForce "Ampere" graphics architecture, the GA102, and pairs it with even faster 21 Gbps GDDR6X memory; but these changes come at a significant impact on power, with the typical board power for a stock RTX 3090 Ti reportedly being rated at 450 W, compared to the 350 W value of the RTX 3090. For enthusiast-class custom-design boards such as the EVGA KINGPIN, this only means even more elaborate setups, as QuasarZone forums found out.

While the current RTX 3090 KINGPIN comes with three 8-pin PCIe power connectors, a configuration capable of delivering up to 525 W (including the PCIe slot), the new RTX 3090 Ti KINGPIN ropes in the small but mighty 12-pin Molex MicroFit 3.0 connector, and comes with not one, but two of them! NVIDIA debuted the 12-pin connector in the consumer space with its RTX 30-series Founders Edition graphics cards. The connector is capable of delivering 450 W of power. With two of these on the RTX 3090 Ti, you're looking at a maximum power input capability of 975 W! It's only now, that PSUs are shipping with 12-pin cables, and even the high-Wattage ones we've come across, only pack one such connector. The EVGA card could hence include several dual- or triple-8-pin to 12-pin adapter cables. Pictured below is the RTX 3090 KINGPIN.

There are other interesting bits of information from the QuasarZone leak. Apparently the PCB will be significantly different from that of the RTX 3090 KINGPIN, and current EVGA HydroCopper water-blocks won't be compatible with it. As of late-December, the card's development cycle had just completed PCB design, and the company is reportedly tuning its BIOS to find the right factory-overclock to ship the card with, which should undergo rigorous testing for stability. QuasarZone expects retail availability only after March 2022.

WoW
More exploding power supplies to be discovered with the 3090 Kingpin !
I

EVGA made a damn microwave.
T

Considering Kingpin models usually run under LN2 then cooling even 975W should not be a problem. And if someone is running theirs on air with over 600W power draw they're obviously not the target for that card. If you have the funds to buy this card then it is assumed you also have the funds to use it under LN2 for record breaking or at the very least custom loop with fullcover waterblock for 24/7 use.

That being said im worried about where we are headed in terms of power draw. Before there were years where 250W was the limit for high end cards. Now it seems every new card consumes more and more power. The new 12pin connector only makes this worse. It seems in order to keep the performance crown Nvidia seems to have thrown efficiency out the window.

They better be careful that 40 series does not reapeat the mess that was GTX 480 also known as Thermi or Jensen's Grill.

System Specs
Kingpin models aren't selling to anyone with a weak PSU, I can promise you that.
H 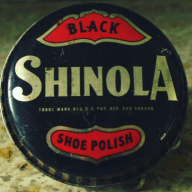 System Specs
I sometimes think when I got my 750w PSU couple months back, it is too little....
Can see this trend for ever increasing power requirements with high(ish) end gpus is not going away.
Last edited: Jan 3, 2022
W

I wonder even with this much power at its disposal, how far can one overclock it. And to be honest, I don't even know if that AIO is even sufficient for the card anymore. They might as well sell the card with no cooler and let people fit their own extreme cooling solution on it.

I think it is suitable to call it Global Melting edition.

Of course, without triple A games. Old games and browser games - game on. 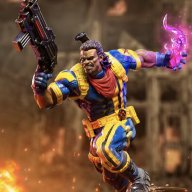 System Specs
I've been future proofing (I hate that term...anyways) for this day to come for my past two builds using 1500w PSUs. Now that the time has arrived, they use a whole different plug...makes sense, but still. /sigh I wonder if AMD's next top card will use a new plug as well.

No you need a Gigaboom 750W

R-T-B said:
Kingpin models aren't selling to anyone with a weak PSU, I can promise you that.
Click to expand...

Yup, they're intended for extreme OC. At that point you're already using 2 kW PSU or two separate units. No one in their right mind uses them for gaming.
J

Its just to easen out the current requirements of when you do go above 600W.

System Specs
"NVIDIA GeForce RTX 3090 Ti is real, and coming to gamers miners" - @btarunr - Huge thumbs up for the honesty!

Tomorrow said:
That being said im worried about where we are headed in terms of power draw. Before there were years where 250W was the limit for high end cards. Now it seems every new card consumes more and more power. The new 12pin connector only makes this worse. It seems in order to keep the performance crown Nvidia seems to have thrown efficiency out the window.
Click to expand...

That's what we are moving towards. See the latest AMD workstation GPU with 500 watt TDP : https://www.techpowerup.com/gpu-specs/radeon-instinct-mi250.c3847
Last edited: Jan 3, 2022

Even now that SLi and CrossFire are dead, manufacturers still have to sell 1200 W power supplies somehow. EVGA is making sure that they can.

Though personally, I don't think the card will consume that much under any circumstance. It's more of a way to make sure the card is never power limited than anything else.
R

Cause that's how hot the room is going to be at idle.

Cause that's how hot the room is going to be at idle.
Click to expand...

Well it is certainly a room heater. Near 1kw is gonna warm the room nicely when gaming.

System Specs
After 5 years it will be e-waste because the AIO is EOL.
L

Remember when Nvidia said they were going to make video cards with less power. There goal was to make them use less power but have more power output in graphics. Funny how that is not the case now. Also I see now SLI is totally dead as motherboards are not comming with two PCI-E slots. It's sad too. I make make none SLI supported games run SLI no problem. You do it in the driver not the game itself.
You must log in or register to reply here.
Share:
Facebook Twitter Reddit Pinterest Tumblr WhatsApp Email Share Link
Top