Optimized Performance for AMD Ryzen 3000: Computer systems with AMD Ryzen processors are known for its performance scaling with memory speed, and Trident Z Neo is engineered to achieve optimal performance with the latest AMD Ryzen 3000 series processors on AMD X570 motherboards. Under the latest AMD Ryzen 3000 series platform, DDR4 memory frequency support has increased by leaps and bounds, allowing the X570 chipset platform to run an unprecedented memory speed record of DDR4-5774MHz- the fastest memory speed ever achieved on an AMD platform under extreme liquid nitrogen cooling - as seen in the following CPU-Z validation screenshot with the MSI MEG X570 GODLIKE motherboard.

Neo Design Elements
Designed with a contrast of black brushed aluminum and powder-coated silver for a bold heatspreader color scheme, as well as a beveled edge along the top tri-fin of the Trident Z family with an asymmetrical slant across the dual-toned heatspreader, the Trident Z Neo series introduces sleek new elements and adds character to your next RGB-enabled AMD system.

Powerful Performance
With each module individually crafted with hand-screened high performance ICs and custom 10-layer PCB with RGB lighting, Trident Z Neo will be available in DRAM frequency speeds of up to DDR4-3600 at a very efficient CL14-15-15-35 timing and in a wide range of capacity configurations, up to 64 GB (16GBx4). As seen in the 5-hour stress test screenshot below, a Trident Z Neo 32 GB (8GBx4) memory kit is running at DDR4-3600 CL14-15-15-35 on the ASUS ROG Crosshair VIII Formula motherboard, based on the AMD X570 chipset, with a 6-core AMD Ryzen 5 3600 processor.

For a list of memory specifications for the Trident Z Neo series, please refer to the table below:

Availability
The Trident Z Neo series RGB DDR4 memory kits will be available via G.SKILL worldwide distribution partners within the month of July 2019. 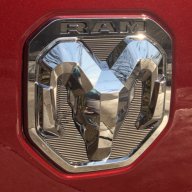 System Specs
Normal Bdie can already achieve this with ease, but it’s nice to see kits coming out with it as XMP. 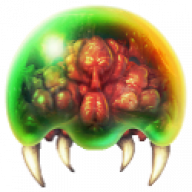 Metroid said:
Nothing will be able to beat that 3600 at 14CL, expect a large sum of around $500 for 2x8, 16gb. Now if that is sold for less than $200 then it will be a huge success but since these new things are for people with more money than sense, under $200 is very unlikely.
Click to expand...

Don't forget they are also probably A-dies, kind of a slap to the enthusiast market from Sammy for being greedy on ceasing B-dies.

ObiFrost said:
Don't forget they are also probably A-dies, kind of a slap to the enthusiast market from Sammy for being greedy on ceasing B-dies.
Click to expand...

Well, as long as they keep higher speeds with tighter timings then I won't complain. 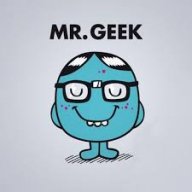 I rather wait for the upcoming 10nm A-Die to see how it competes with the ancient B-Dies.
K

And what's the problem with that?

Kohl Baas said:
And what's the problem with that?
Click to expand...

Only because all since DDR3 was optimised for Intel's limitation that the Memory can only run on the same Voltage as the CPU's internal Memory Controller. First generation of gaming DDR3s had voltages between 1.8-2.0Volts. For that you got 1800-2000MHz on CL14. Then the first generation of "Core i" CPUs came and with them came the 1.65V memory-limit. Nowdays that limit is about 1.35V on DDR4. Which cuts a real chunk of performance as you see above, because the memory itself could withstand more if it would be designed that way.

System Specs
There’s nothing wrong with 1.4v ... some of the highest end kits are 1.5v at stock. Bdie can happily run at 1.7v daily without issue.