Someone know if the Xtreme gaming also has coil whine?
B

Legendarydamian said:
Someone know if the Xtreme gaming also has coil whine?
Click to expand...

Nobody can tell you whether a card suffers from coil whine or not. It's luck of the draw.
L

btw. I have gotten the gigabyte 1060 extreme en the msi gaming x. Both suffer from coil whine, actually identically which is really annoying. When I played with my graphic setting in the game (guildwars2) I changed the settings for reflections from "all", to "terrain only", which reduced the coil whine by about 95% it was finally bearable I actually hardly cant hear it. Turing on, v-sync also did help me.

I have to say, the sound coming from the fans of the gigabyte, really didn't sound very pleasant, also the start up when the fans start spinning sounds too loud, even though in the review said the sound when gaming was only 29dB. In my experience in comparison with the msi x gaming it sounded much louder about 26dB, the msi you cant bearably hear about 22dB. These measurements aren't very accurate its only to let you know there is a deference between them under load. The ambient sound in the room was about 21dB.
Also the gigabyte fan start spinning at 50 degree, so you can hear the fan much ofthen. It has a bigger cooler, which on my mb pushed against my sata connector. And a high price. Those where my only negative points of the gigabyte.
On the plus side it look way beter, the looks of the build quality. 1 year extra warranty if you register. A nice led indicator near the pcle connector, it tells you if you have a bad psu. And a better performance comparing with the msi gaming x. (only 500 points difference in 3dmark graphic score)

The MSI was 80 euro cheaper, very quiet even in load, fan start spinning at 60 degree. A smaller cooler. The performance difference/price wise it has way better value for me. 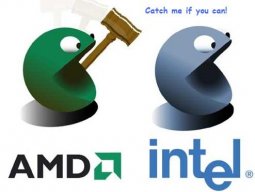 Legendarydamian said:
Someone know if the Xtreme gaming also has coil whine?
Click to expand...

My has no coil whine on idle/load
L

ASOT said:
My has no coil whine on idle/load
Click to expand...