Performance, speed, reliability and last but not least, a decent price are the most sought-after characteristics of every SSD from the user standpoint. Following these criteria, Polish manufacturer of memory modules and SSDs has just launched an all-new lineup for their in-house manufactured SSDs named GOODRAM SSD C Series.

On the occasion of Goodram brand 10th anniversary, Wilk Elektronik SA the company behind the brand, has just launched an all-new lineup of Goodram SSD drives. Goodram SSD C Series are consumer-grade drives dedicated for demanding users who are looking for a combination of performance and value.

First SSD, codenamed C100 is based on SATA III and 19 nm Toshiba MLC NAND. Thanks to the high quality flash memory and controller, C100 maintains real-life speeds up to 520 MB/s (read) and 470 MB/s (write) plus handle compressed files much better than many competitive products usually do. Up to 512 MB of DDR3 cache memory translates into great reliability and significantly affect the user experience. All the C Series SSDs will be delivered in 2,5 inch, 7 mm form factor, whereas the manufacturer is adding a 2,5 mm spacer to ensure compatibility with the legacy devices. Goodram C Series drives are currently available in 120 GB, 240 GB and 480 GB capacities and are covered with 3-years warranty. Wilk Elektronik will showcase new drives during the IFA Fair taking place in Berlin, Germany between 6th and 11th September 2013.

System Specs
Pretty lame if they come out with only 2 year warranty, will have to see like with what they mean by decent price. 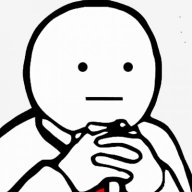 System Specs
If its anything like the acclaimed GOODBURGER, heres my $8 and i'll take a GOODSHAKE too