Issue: Only showing one display

ps: Validation works for me.

Missing parameters.
I have gddr3 not sdram

System Specs
Same as R350np with the 8800 GTS doesn't show some info. Also doesnt show the right Shader clock when shader is not linked and OC sepratley. When I click on card #2 the Shaders show as 0 unified.

No reporting Display and no Drivers Info

both, ccc, atitool, and some othe programs show this clocks, only amd tool shows the real ones
Last edited: Oct 5, 2007

The monitor is detected as a 15" SyncMaster, it's a 17" SyncMaster, all of the other info is correct i think.

7800gt
Default memory speed showing 550mhz, while GPU memory is showing 1100mhz.
Obviously has something to do with DDR.. there certainly is not a 100% overclock on my memory.
X

System Specs
w1zz will you get in trouble for like copywright infringment because of the way it looks?
S

Doesn´t show some infos, like clocks on overclock see the attached Picture.

Small niggles
- why is "NVIDIA SLI" is displayed as an enabled combobox when it only has 1 option?
- with multiple graphics cards installed, graphics card combobox at bottom displays both, but there is no way to tell which card is which. Maybe add a number after the card name, e.g. "Graphics Card (#1)" "Graphics Card (#2)"?
- please change that nasty MFC icon 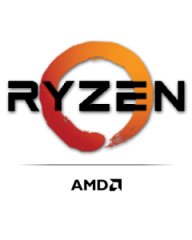 System Specs
The clocks listed in GPU-Z were correct at stock, and incorrect when OCed. I am actually at 684/1620/1080, as shown here:

The validation portion worked for me, it is just validating incorrect/missing information:

Notice that my twin displays are missing, as is info for:

Also note that I am on air ATM, so there is only one video card installed right now. That will change by the end of this week, and I will report back on any problems with detecting the dual XFX 8800GTS cards I will have at that time (and what is currently reported in my "System Specs")

I will say this is an awesome project, and I have been looking for a tool that will tell me the chipset being used for video in a computer so I can install the proper drivers. Very cool (assuming it asks the hardware what it is, and I believe so due to BIOS rev info, etc).

however, still have something error