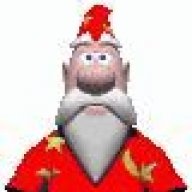 System Specs
I just added a BFG GeForce 7600 OC GS AGP to my collection and was rather surprised when GPUZ reported it as a G71. I think this is incorrect for the following reasons:
Should GPUZ report G70 and if so would you like me to validate a fixed version ?

BTW this is another AGP card that GPUZ reports as supporting Resizable BAR, this time on W7 x32. It also reports the CPU core temperature as 100°C when P4s don't report their core temperatures, only Core 2 and later do.

I remembered that MSR 0x019C has a reading valid bit 31 which as I expected is not set. Given this GPUZ should not report a CPU temperature.