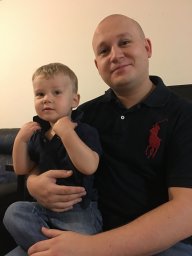 GPU-Z, Gigabyte Xtreme App, MSI Afterburner App - all the mentioned software show 0% fan speed on the graphics card, even though the fans are clearly spinning loudly (I can hear it)

Also, the fans do not engage until I start a game, which makes sense. But once I leave the game, they never adjust back down to quiet mode (off)
The fans never also change speed, they just spin up to a noisy level, perhaps 50% and then just stay there.

The only way to get the fans to stop is to completely cut power (full shutdown) or to uninstall and then reinstall the graphics drivers. Then it all starts up again, the second I start up a game.

I've tried adjusting fan profiles, I've tried the latest drivers, even older drivers.
I've flashed to the newest F2 bios on the Gigabyte website.
I've pulled the GPU out of the slot and case and checked it over incase anything was loose.

The temperature sensor and core speed sensor works perfectly on all the 3 apps mentioned above, so I know the temps have never gotten bad. I think they hit an all time high of 60° C when I was playing Playerunknown Battlegrounds.

It really is just to do with the fan control. It's like it's not working on GPU. It spins up to some default fan speed and then has no control from then on.

I've put in a support ticket to Gigabyte site, but it's been 72 hours now and I've yet to hear anything back.

My previous GPU was a GTX 980 and did a complete Nvidia driver reinstall when I upgraded.

System Specs
Did you try DDU?