System Specs
It sounds like it would be possible but I'm not really interested in a hacked pre-production version. 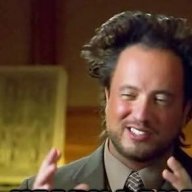 System Specs
interesting.. sounds like VR is still the way to go... only 8 more weeks until i get the chance to buy a steam headset!
O

System Specs
Well HL:A was built from the ground up with VR in mind.

There are standard games that were made with consoles in mind and when ported to PC they were lackluster. This would be no different. You can modify a game and retrofit it but that doesn't mean you'll have an enjoyable experience once done.

Most of the reviews I've seen about HL:A are overwhelmingly positive. The only negatives I've heard about HL:A seem to be coming from people who have never played the game.

Hopefully Valve can make something to appease the anti-VR crowd but right now its really not our problem.

I forgot to mention that for those who cannot play Half-Life: Alyx or don't want to, UploadVR has this: