There is no Android, just pure musical pleasure awaits you with the latest RS2. HiBy has designed the RS2 with a compact form factor, packing a complete R2R array in a retro design. The player comes loaded with a specially tailored pure OS for a simplified user interface and menu structure. Based on the same Darwin Audio Architecture, the latest RS2 brings the R2R Resistor Ladder Network DAC Array to a more pocket-friendly segment. It is launched officially for $479 and is currently available on pre-order.

Darwin Architecture is HiBy's in-house developed high-resolution audio signal processing technology that brings retro R2R technology with advanced modern features. It effectively reduces the distortion caused by the resistor mismatch in an R2R ladder array producing a clean and natural output. RS2 also features OS (OverSampling) mode and NOS (Non-OverSampling) mode bringing a personalized experience for the users with different IEMs and Headphones. The Darwin architecture here houses a 256-tap adjustable FIR filter. It is capable of up to 16x oversampling with a variety of AA filters like Phase linearity, High-Fidelity, etc.

HiBy has featured an FPGA clock system with precise dual crystal oscillators on the RS2. The RS2 uses 45.158mHz/49.152mHz clocks to reduce phase noise and jitter. The player comes with a high-current mode amplification circuit with an OPA1652 and an LPF circuit with dual OPA1612 chips. RS2 packs a powerful performance with clean noise-free output. As for headphone outputs, the RS2 comes with a single-ended 3.5 mm and balanced 4.4 mm headphone output ports.

HiBy RS2 supports high-resolution PCM, and DSD signals. It supports PCM signals up to 32-Bit/384kHz and native DSD256 decoding. RS2 also supports 8x MQA unfolding offering great performance in the palm of your hands. It can also work as a USB DAC with your system. RS2 also supports line-out/coaxial outputs. HiBy has designed the RS2 with dual memory card slots each supporting up to 2 TB of microSD cards.

HiBy RS2 has got a large 3500mAh battery. It provides continuous music playback for up to 10 hours on a single charge. Standby time is up to 40 days. HiBy RS2 brings the amazing Darwin R2R technology to your pockets in a small and versatile form factor. It's quite a promising device that packs a musical, lively sound signature for its users. The RS2 is available on pre-order now, you can check out more information here.

System Specs
Not that I need it but I like it, at least this seems better to have than an "ipod".....
L

Yeah, dont need that, but it looks like an cool 100 year old technical device.
C

Do people still use this kind of device these days? looks like a walkman on steroids
M

I kinda feel somewhat bad for people that buy these things. I don't think the difference, if there is one, and inconvenience is worth it.

Money no object I would replace my iPod classic with this for sure, but tthis would be close to $900 in Australia so that's a hard pass. If rural 4G wasn't so pathetically patchy I would have no problems streaming but the quality of the sound of this device would be much better.
K

Courier 6 said:
Do people still use this kind of device these days? looks like a walkman on steroids
Click to expand...

Yes, the DAP market has been expanding quite a bit recently. There's a very specific audience of people who want a portable music player that they can listen to while using high-impedance headphones. That audience is growing thanks to the growth of audiophile youtube.

This isn't just audiophoolery either—being able to lounge in the living room, back yard, the park, etc, while listening to music through a pair of hi-fi headphones instead of being bound to wherever your main music setup is, is a novel experience. It's like the music equivalent of taking an OLED TV with you wherever you go. (though this particular player may be more like taking a budget Hisense TV with you—there are some much more expensive DAPs out there)
T

Mysteoa said:
I kinda feel somewhat bad for people that buy these things. I don't think the difference, if there is one, and inconvenience is worth it.
Click to expand...

Well, people who buy these things think otherwise. For them the difference is worth the inconvenience. 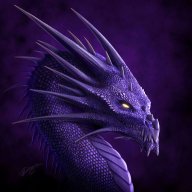 System Specs
At these prices I think I will stick with my dirt cheap used BlackBerry Z10 as DAP... The battery life is terrible but considering what I paid for it and that it can also play video (on a gorgeous 768p/350+ ppi display no less) and has additional features such as a camera on par with the one in the iPhone 4s (okay maybe not that impressive anymore these days but it is still quite decent as far as phone cameras go) and calculator and PDF viewer apps, it compares pretty damn favorably.
S

Midrange (not bad SNR) 3.5mm headphone jack performance, with very low power output. Why put everything into the 4.4mm output when nothing uses it, and why at the expense of the 3.5mm jack? Get rid of the 4.4mm output, and put a decent amplifier in the 3.5mm. Who needs a balanced output on a portable device, and what actual benefits does it bring, exactly how much audible interference does a 1m headphone cable introduce that necessitates the use of a balanced output?

Only advertising 20-20k +-1dB frequency response, which tells me it's not good beyond that, not that a +-1dB is good in the first place.

Middle of the road output impedance.