i cant confirm it because i have heard it first time

Nv claims that it was a bug with the reading of the Core voltage and now with the new drivers the reading is correct.

Quick update on the changes in the way the voltages are being reported in GPU utilities. This is not a bug and actually corrects the way the voltage is communicated to 3rd party GPU utilities. The older drivers (pre-R280) had a couple bugs which didn't round the voltages in the Perf and CVB tables to the board values in the SW caches of the Perf and CVB tables. When those values were actually applied to the HW, they were rounded up to the correct board values. The new 280.19 driver fixed that issue to make sure that the code only cached the true board voltages. However, in both cases the values which are applied to the GPU are the same so the only difference is the voltage that is displayed to the user. The actual GPU voltage has not changed from 275.50 to 280.19. We have verified this ourselves.
Click to expand... 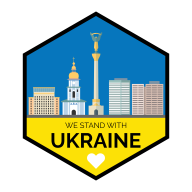 System Specs
Here is the sli profile from 280.26 whql if you want to add it juanchacin.

johnspack said:
Here is the sli profile from 280.26 whql if you want to add it juanchacin.
Click to expand...

Thanks mate i´ve compared the profiles from 280.19 that you provide me with the 280.26 WHQL and the only difference that i see is that this (280.26) have support for Battlefield 3, so i´ll stick to this, Thanks again johnspack
Cheers from Venezuela

I haven't had an issue on my PC, but I force voltages through MSI Afterburner for both cards.

System Specs
Thanks Anatolymik for the quick release of new mod drivers, have you a Paypal account for an eventual donation?
J

I joined this forum just to say a HUGE THANK YOU to anatolymik for the drivers. you are a life saver! Just for interest sake, how do you go about modding these drivers?

The modding is temporarily solution while i'm working on the patch. I got new patch working with latest driver on Intel x64. I need to do the same for the x32 systems. Also i need to write the same for AMD processors, but i dont have AMD platform. I think i'll get it, but first i'll finish the HyperSLI for intel. that's that.

That's great news! Is virtualization the only way to fool the new driver?

Does this mean that it can only work on CPUs that have hardware virtualization extensions?

Most CPU have them now so it's not really a problem. Keep up the good work mate!

Nick [D]vB said:
That's great news! Is virtualization the only way to fool the new driver?

Does this mean that it can only work on CPUs that have hardware virtualization extensions?

Most CPU have them now so it's not really a problem. Keep up the good work mate!

You are right. That means a processor must have the extension. But who have two cards for sli usually have the processor with this extension. As for AMD, it's not problem at all. All AMD processors since 2006 have this extension. Also i think about about fooling without hardware supporting, but....

To understading. The processor have io space to communicate devices. Also it can communicate to they with memory space. Last one is modern approach. Io space exists for compatibility with old software. To get device id(for example chipset) you can do it with memory space. That means the driver must turn to operating system to get virtual address of space there's configuration space of device lies. Also that means i can hook it because the driver do call to function of windows kernel(MmMapIoSpace). The patch simply change entry point of this function to my function, and when the driver calls the kernel function it call my function. If my function detect that it's not the driver, then it calls native function.
Old approach to read configuration space dont require the calling of any windows functions.
In assembler language this looks like:

Though there is approach to hook it, but you can go crazy before you get it works. Windows use only 0 and 3 rings of protection. To get this approach works you need to force the driver works on 1 ring protection. In this case we can hook direct accesses to hardware, but... Friends it's very complicated. For this reason i chose virtualization. But i also keep thinking about hooking without virtualization. I think about simple solution. It must not be complicated, otherwise we can have a lots of bug and no any sli. As i mentioned ealier i'll be modding drivers while we have no new patch, and for people who haven't hardware supporting of virtualization.

That is some hardcore low-level stuff! Thanks for the great explanation, even from my little understanding it sounds like an ingenious idea and, as with most things, the simplest solution is normally the best one! Hopefully it will be harder for Nvidia to add counter-measures now? I look forward to testing it when it is finished.

Nick [D]vB said:
Hopefully it will be harder for Nvidia to add counter-measures now?
Click to expand...

Impossible. We have full control over windows and software now.

. But they can burn our cards. They did it once. Because of driver bug.

I have new idea to fooling the driver on processors which dont support virtualization. But i'll finish hypervisor first.

anatolymik said:
I have new idea to fooling the driver on processors which dont support virtualization. But i'll finish hypervisor first.
Click to expand...

Another idea!!! Dude, what are you??? you must be a NVIDIA employed, whom like to help. What would we do without you?
Cheers my friend, keep up the good work.
H

I would like to say thank you to the SLI patch. Is it made by you anatolymik?
Since my 9800GX2 gpu burn, my Asus Rampage Formula become useless. Hopefully, I found this patch and now I am playing an Asus replaced GTX260 and my new purchased GTX260+. The SLI patch and SLI performance very well and everything alright, it can run even without the SLI bridge. Just a problem is my 2theMax 750W SLI certified PSU seem not enough power to support 2pcs of GTX260. PSU running at a high frequency noise and turn off suddenly in game.

Due to your SLI patch, my friend moved into SLI recently with my SLI experience. He is very happy about the performance and his son is crazy about it. He asked me to say thank you to the great SLI patch owner.
His mb is Gigabyte P55-UD3, CPU i5 750 which do not support SLI. It do not have north bridge and slot 2 only have x4 speed. I really doubt at the beginning but he is too confident to your patch. He brought 2pcs of Gigabyte GTX580 and did a big gambling.... I can't see anyone tried GTX580 in forum or SLIPatch sites, so very nervous about this.
After spending a 2 days, his SLI cannot turn on without the SLI bridge. I guess may be due to slot 2 not connected to CPU directly plus north bridge not exist in UD3. I have to borrow my SLI bridge to him in order to turn on SLI.
A GTX580 SLI is really amazing. SLot 2 with 4x seem not a big issue. He used SLIpatch 1.5b + 275.33 Win 7 32 bit. He can pass the Furmark with 98% loading to both gpu, no any flicking issue. He can run DIRT 3, COD 7, COD4, COH without problem.
But his system has several problem which I hope you can give me some advice.
(1) Some green dots appear on DOS screen when SLI patch enabled. No problem in windows or game screen. This problem do not happend at 275.33 and 280.26, it usually happened when he downgrade the driver to older version.
(2) Crash in Unigine Heaven and Crysis 2. Not able to complete a test. I found a lot of people report this issue and can be fixed by voltage increase at gpu. SOme people look at nVidia. But both Afterburner and Eleet cannot access to his gpu core voltage, no luck. Do you think it is a problem of GTX580 and nVidia driver? His GTX480 single no such issue.
(3) He used a Antec 1200W PSU, but the highest power consumption record is 600W in Furmark with both gpu at 98% loading. We don't know why the power consumption is so low. He worried the real power of GTX580 not yet released. He tried to put everything to highest still cannot further increase the power consumption. Do you think the power concumption for this config is reasonable?

I strongly support to your work, you seem to be the only one in this world who can save our old mother board and grant it a new life. You are a very good environmental friend of the earth. ^^
Actually, if I am nVidia, I should say thank you to you. Because without your work, I will not sell one more GTX260 and 2 pcs of GTX580.

System Specs
I can't say anything about the power consumption of gtx580s, not really sure, but I do know it seems that gxt4xx series and above require the sli bridge, whereas gtx2xx series and below do not. Haven't heard of your power supply before, but it must not be 80+ certified, as a good 750 watt should be able to handle 2 gtx260s with no problem.
H

Jeah, I run 2 gtx260 on my AX750, P5E motherboard (with rampage bios on it). No real problems, sometimes games freeze if I overclock my cards too far. As for the 580's they have a 300W tdp but that doesnt mean every card hits that. The driver also detects furmark and refuses to go full power. If you want to go fullpower the best way is starting a game with very good sli scaling, maybe fire up 2 threads of prime95 inchache as well.