If you could i would like some help with this. Thx :) 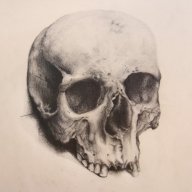 System Specs
So basically i used this video, and first time installed it worked as it should. Then I reinstalled it and it says failed to play test tone, and I bypassed it but that no longer works, and when I even bypassed it the dts neo did nothing, before it was working. The realtek part is the only problem I've already had creative since I built my pc. This is the only driver I can find that is the best. Thx

Btw i already had dts neo, but it doesnt carry over with the creative software.

So an update i got the sound back without disabling enhancements, but the dts still does nothing so does the other effects. Creative works obviously.

i just want the dts to work. The dts connect upmix is way better meaning channels are more accurate and seperate. I had the same setup but with the dts working on realtek, but it did not transfer over to the creative, so im using this again but its not working.

Possibility im missing certain files? When dts was working on realtek it had its dtsservice.exe, and all the dts .dll's

nobody knows. Well if you didnt know this is the greatest realtek driver if you dont have the creative xfi card, the newer creative cards are worse. If you do follow the video and it works. Dont uninstall because you wont be able to install again. people that post drivers on here just use virtualization and random freeware. this is the real deal.

If anyone could help because i know some people used gamespirit drivers on here before, that would be appreciated.

If you really want Neo-PC that badly it can be unlocked with my driver, with some edits (but no control panel).
I use E-APO to upmix my stereo to multichannel and DTS APO4 (DTS:X) to enhance it for 5.1+.