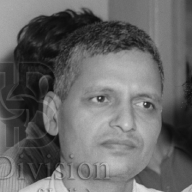 System Specs
so i am stuck with a 750 ti for 5 years now, despite my mom back then said you will have to live with it for 5 years i thought that was too far fetched in future but here now we are today and i am still not geting an upgrade. BTW, my brother got offered a zotac dual fan 1050 ti oc edition for only 75$, initially he kept delaying finalizing for 3-5 days then due to my rude and mean behaviour towards my family he decided not to buy it for me and i had a heartbreak when i recieved a notif that it has been sold, really embarrasing to miss on such great deal considering the current market situation and it's been more than a month and i am still not over it. People are selling 1050 ti mini for 100$ easily so it was totally worth it, it's also twice as fast my 750 ti so would have been a really nice upgrade.

System Specs
In short, no. Not AAA gaming anyway. I had a GTX760 and it was alright but it wouldn't have played stuff like Cyberpunk 2077 or Horizon Zero Dawn.