Is My GPU dead? 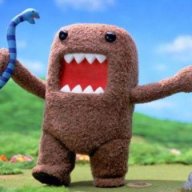 The following has happened.
Before work my pc was working absolutely fine. When I came home and turned it on the resolution was messed up.When I tried to set it to 1080p it would not let me.
The highest it would let me is 1400x1050.
I went to see device manager to see what can be the problem and saw my card is not recognized.

So yesterday after work I tried to install the last gpu driver that was working and after that failed I installed the newest gpu driver available but still no luck. Looking @ CCC it seems to not recognize the card. The fans on the gpu are spinning and I tried to take it out and put it back 2 times with no luck.

Could reinstalling the windows fix this or it the card toast?. 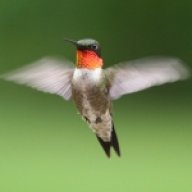 If it happened on its own without your intervention then most likely your GPU died. Windows reinstallation might help, but there's an easier alternative - find a fresh Linux Live CD and boot from it (Fedora 23 alpha will do).

When you run Linux, fire up console, and run these commands:

System Specs
I found a interesting thing.
I ran GPU-z and it partially recognizes the card. 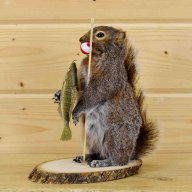 System Specs
In my experience if the GPU was actually dead you would not be able to install the Catalyst package because you would get the "No AMD device found" (or words to that effect), plus if it was dead then you would not get a screen or the Standard VGA Graphics adapter info in device manager. My first advice would be to do a clean uninstall of the drivers again, turn system off, if possible put the card into another PCI-E slot if you have one, even a 4x will do, reboot but go into bios just to check that settings for PCI-E boot are OK, re-start, then try installing the catalyst package again, if it works re-boot and move card back to fastest PCI-E slot.

System Specs
Sometimes just reseating the card can do the trick. It still reads Pitcairn so...

I've had 'device removed' errors in the past solved by just reseating the card. Over time, vibration/movement of the case and its components can have its effect... Also, dust can creep into the slot over time and may block some contact areas.

Devon68 said:
Could reinstalling the windows fix this...?
Click to expand...

I would not go that route. Windows seems to be working fine or you would not be able run CCC or GPU-z. Reinstalling Windows is ALWAYS a last resort option as it can put you months, even years behind in security updates. And if still using W7 as your specs suggest, you would be without security until you set it up again. Not good, nor will it likely do any good since this seems to be a hardware and/or driver issue.

I agree with Tatty_One's suggestion only if possible, I would install a different card, preferably one from NVIDIA temporarily. By installing one from NVIDIA, that will force a complete driver update and resetting of all graphics settings. If it works, then reverse the process and try to reinstall this AMD card again.

The problem with reinstalling the same card, or another from the same GPU maker is the reinstallation sometimes sees that CCC (or NVIDIA's control panel if original card is from NVIDIA) and associated drivers and settings are already there and may skip reinstalling them. If they are corrupt, they may remain corrupt instead of being overwritten with an uncorrupt version/setting.

And whether you have another card or not, don't just power off, unplug from the wall too (or flip PSU master power switch, if it has one). This removes all the +5Vsb standby voltages too.

If you don't have a different card to try, I recommend using RevoUninstaller to purge the system of old drivers, then try reinstalling as per AMD's instructions. 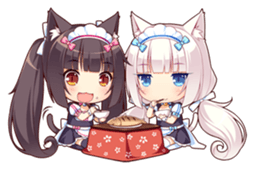 System Specs
Do you have a modular PSU? Make sure you check the power connections to the GPU on both ends if so.

I have a strong suspicion that the card is defective. Cards that work correctly just don't spontaneously go haywire like you're experiencing. It's no surprise that GPU-Z can read the card either, since you can identify some info on the card without a driver. 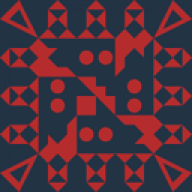 No. It is just the driver.

Blue-Knight said:
No. It is just the driver.
Click to expand...

While I agree this "appears" to be a driver issue, that has not been conclusively determined yet. All graphics solutions (cards and integrated) are required to support standard VGA right out of the box and during initial boot stages (or else, how could we install Windows or see what is happening in the BIOS Setup Menu?). That function may work but the card (or its firmware) may not be able to handshake after that to establish a correct link for the desired signal (digital or analog) or resolution.

System Specs
DDU the drivers and try reinstalling? I had an issue like this on my laptop though I forgot how I fixed it.

System Specs
Thank you for all the replies guys. Since I had some time on my hand I've decided to reinstall windows anyway. Now it's fresh and everything is working as it should.